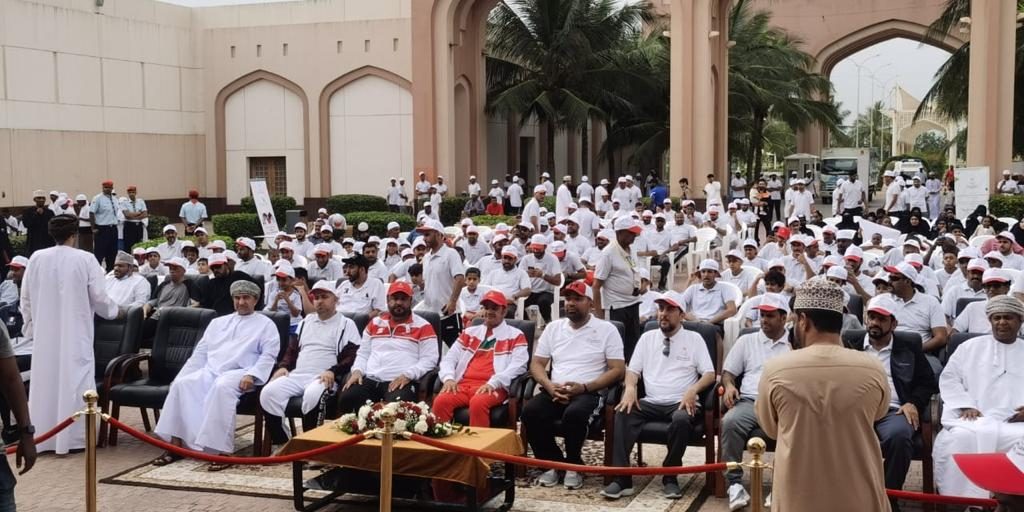 The event falls within the approved annual plan of Oman Sports and Active Society Committee, which is one of the sub-committees, and works to instill the concept of exercise and physical activity among individuals and segments of society, in addition to many other specializations related to spreading the values ​​and principles of the Olympic movement and making it a component of public culture in the community members in thought and practice.

This event was held under the patronage of His Excellency Dr. Ahmed bin Mohsen Al Ghassani, Head of Dhofar Municipality, in the presence of Taha bin Sulaiman Al Kishry, OOC Secretary General, Musa bin Abdullah Al Qasabi, Director General of the General Directorate of Culture, Sports and Youth in the Governorate of Dhofar, and Engineer Ibrahim bin Abdullah Al Muqbali, Board member – Chairman of Oman Sports and Active Society Committee – a number of committee members, officials from the sports sector and athletes in the governorate.

This sports and community event also witnessed the participation of large segments of society, citizens and residents, in addition to the active participation of all sectors in the governorate, represented by the Royal Oman Police, the General Directorate of Health Services in the Governorate of Dhofar, and other government institutions, and academies, in addition to private schools in the governorate. and a number of private institutions.

The program of the event included a number of accompanying and various practical and theoretical activities, the first of which was the activity of walking 1.5 km on the Aten Plain to the Salalah Gardens Mall, an activity that aims to spread the culture of walking, increase the number of its practitioners, and enhance community awareness of the importance of daily walking as a means of treatment and prevention from many diseases and promote general health and fitness.

The program also included an accompanying exhibition with the participation of various pioneering sectors such as small and medium enterprises, Omani Women’s Association, and voluntary charitable teams.

In theoretical aspects, many awareness lectures have been organized on the importance of exercise and its role in enhancing immunity and memory, reducing the risk of disease, protecting against heart disease, maintaining a healthy weight and improving mood; The General Directorate of Health Services in the Governorate of Dhofar participated in this aspect by holding a lecture on the importance of sport and following healthy habits and behavior in maintaining general physical and psychological health. Also, lectures were organized that dealt with the dangers and harms resulting from the use of narcotics and psychotropic substances, in cooperation with the Royal Oman Police. Dr. Samer Shalaby, Internal Medicine Specialist at the General Directorate of Health Affairs in Dhofar Governorate, gave a lecture on sports, health and the importance of physical activity.

These activities were accompanied by the organization of accompanying recreational activities targeting different age groups of participants.

In the conclusion of this important sport and community event, the cooperating parties were honored and contributed to the success of the event, and a souvenir was presented to the sponsor of the occasion.