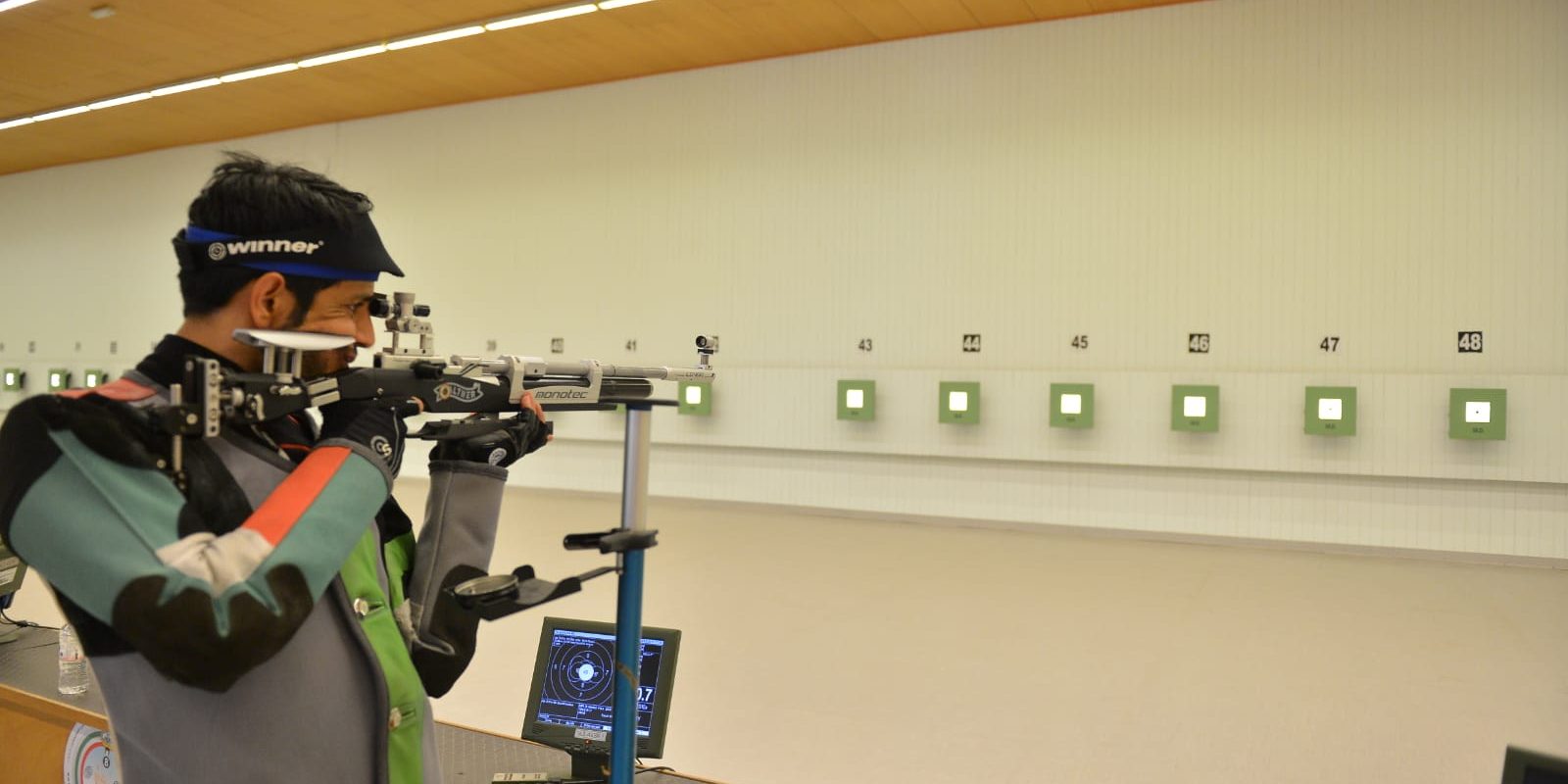 The shooting team intensifies trainings.. and the Futsal team draws to Al-Qadisiyah in friendly match

Tomorrow the GCC Games kick off in Kuwait

The stars of the national athletics team for men and women confirmed their readiness to compete in the 3rd GCC Sports Games, which will be held in Kuwait during the period from 16 to 31 May. The delegation of the men’s national team arrived on Saturday morning, and the team had an evening training session led by coaches Muhammad Al-Houti and Hamoud Al-Dalhami. Oman Olympic Committee (OOC) has placed great hope on athletics to achieve a good number of medals to raise Oman’s record in the general ranking of the tournament. On the other hand, our national teams participating in the course continue their intensive training through internal and international camps with the aim of appearing at an honorable level in the course and achieving good results that satisfy the aspirations of everyone, in which the team coaches focus on many technical and tactical aspects and measure the rate of physical fitness, technical and skill for the players, and there is no doubt that National teams aspire to achieve medals in this tournament, in which more than 1,700 players are participating, representing the six GCC countries, namely the Sultanate of Oman, The Kingdom of Saudi Arabia, the United Arab Emirates, The State of Qatar and The Kingdom of Bahrain, as well as the host The State of Kuwait.

The tournament will witness the holding of 16 individual and group games, namely: handball, volleyball, basketball, futsal, swimming, athletics, karate, judo, fencing, archery, tennis, cycling, ice hockey, table tennis, electronic games and padel sports, and for the first time in its history, the tournament will witness the participation of the female. With the global system in force in international continental sports tournaments and competitions, knowing that only 7 games will participate by women: futsal, cycling, athletics, table tennis, tri-basketball, electronic games and padel sports.

On the other hand, the national futsal team tied with its counterpart Qadisiyah FC 6/6 in the friendly match hosted by Qadisiyah Club, with the aim of measuring the readiness of our national team players before the start of the Futsal competitions in Technical, skill and physical aspects. Al-Fahdi also tested a number of players and their readiness for the competitions that our team will start with the UAE national team next Wednesday.

On the other hand, the national shooting team is participating in the tournament amid a strong and exciting competition with the senior GCC shooting champions participating in shooting flying targets (Trap – Skeet), pistol shooting and the Olympic air rifle, as well as shooting bullet weapons, whose competitions will actually start on Tuesday at the Sheikh Sabah Squares Complex Al Ahmad Olympic Shooting. The participation of the national shooting team came under the directives of Lieutenant-General Naval Staff Abdullah bin Khamis Al-Raisi, Chief of Staff of the Sultan’s Armed Forces, President of Oman Shooting Federation, who urged the team’s management to well prepare for participation and to overcome difficulties in order to represent the Sultanate of Oman with honorable representation and get good results for Omani shooters and shooting. On the need to choose the best elements for this representation and start the preparations internally and then establish an international camp in the same fields of competition in the State of Kuwait prior to the official participation, in order to reach the team to the best technical and moral level.