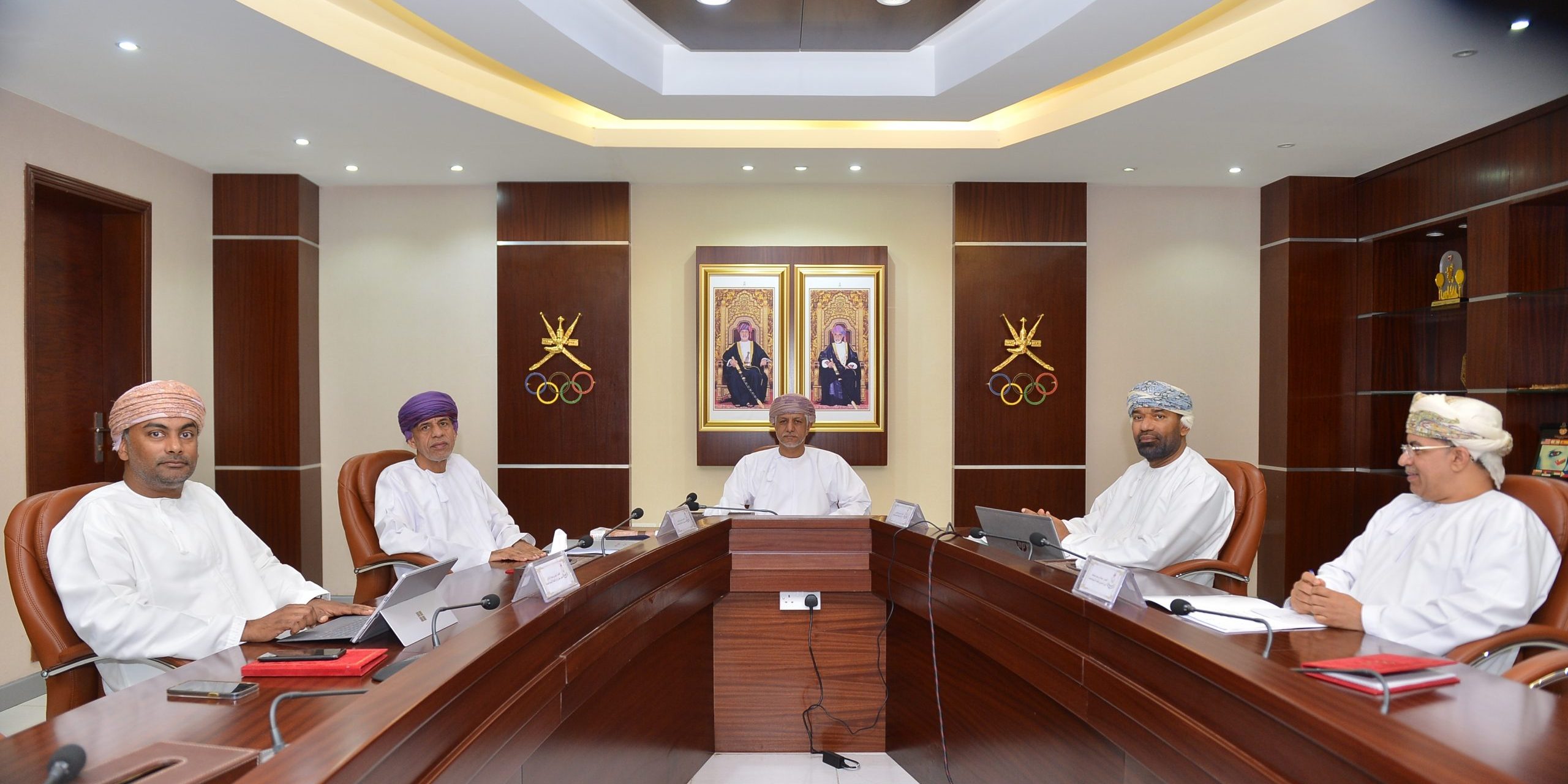 During the meeting, the minutes of OOC first executive office meeting, which was held on March 14, and the implemented directives and decisions were reviewed. The office also reviewed the work program for the next phase in light of what was agreed upon in the previous meeting of the office and the most important pillars that will be worked on during the coming period, most notably activating the role of the athletes committee and developing its strategy guided by the strategy of the IOC’s Athletes Committee.

Among the most important items on the agenda, the Executive Office reviewed the candidates selected for membership of sub-committees. It was agreed on the new formation of OOC, with each committee tasked with developing a work plan and executive programs, including performance evaluation criteria, in addition to strengthening the relationship between the OOC, sports federations, and military sports bodies and institutions through a clear work mechanism to ensure the achievement of common goals. As well as, finding mechanisms to enhance partnership with the private sector, and employ and direct social responsibility programs for institutions and companies from the public and private sectors towards sports sponsorship programs, and other programs.

In the context of the Board interest in training and qualifying workers in the sports field, the attendees reviewed the programs of Oman Olympic Academy for this year, and approved the general program and the submitted scenario for the courses that will be implemented this year and the mechanism of implementation and how to benefit from the other programs offered.

The office also reviewed the minutes of sub-committees, and with regard to the budget of OOC approved for this year, the office reviewed the plan and programs that will implemented within the approved framework of OOC, in addition to reviewing the proposal submitted by OOC for Athletes to establish the Olympic Sports Day during the 2nd half of this year with the participation of Sports federations and committees, and the necessary decisions have been taken in this regard.