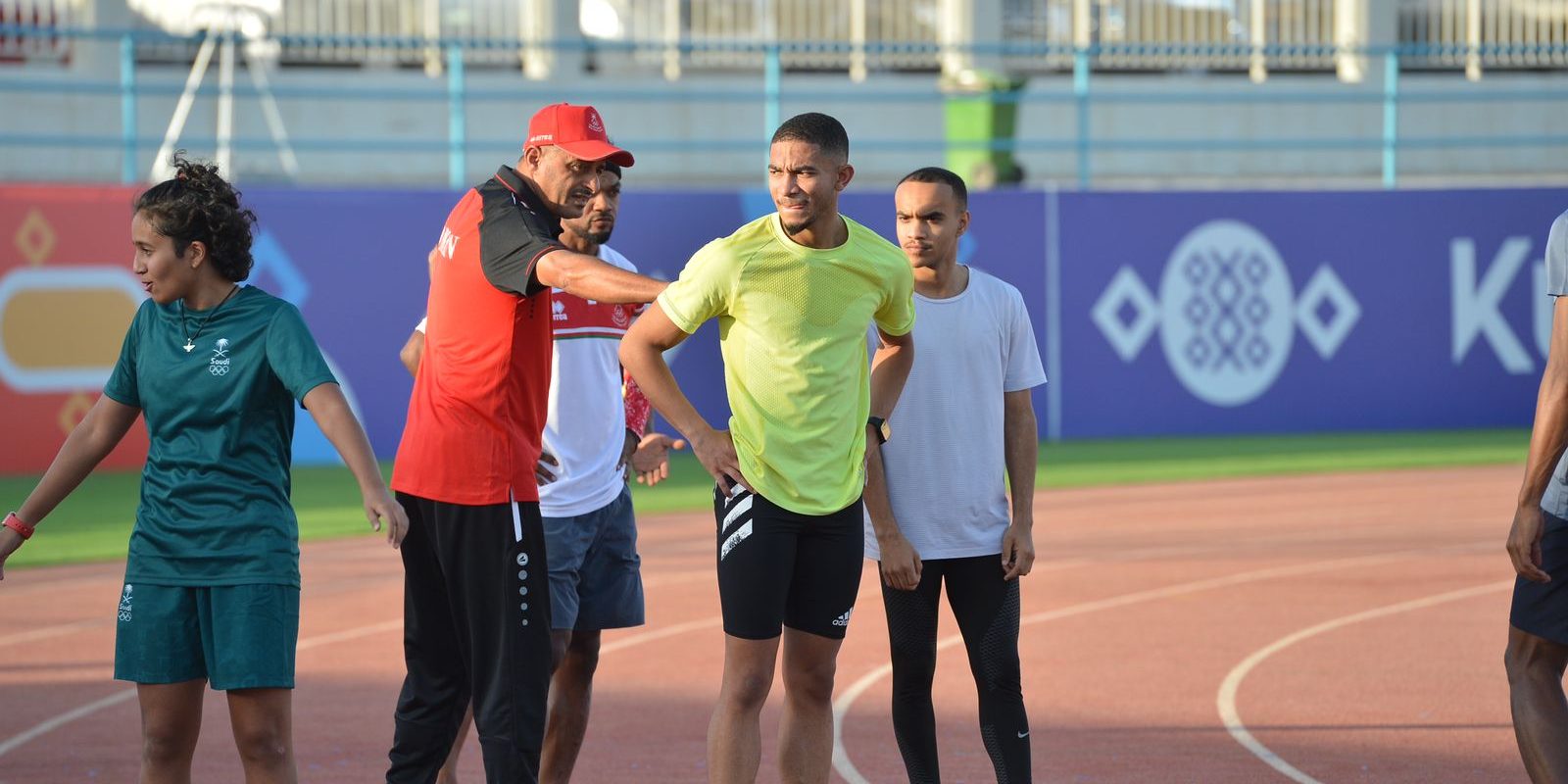 High morale and ambitions for the national team at the start of GCC games.. today

The 3rd GCC Games, which will be held in Kuwait from May 16 to 31, will kick off this morning, with athletics competitions for men and women on Ahmed Al-Rashdan track and field, where the players of our national team will participate in many competitions hoping to achieve 1st places in the tournament. Barakat bin Mubarak Al Harthy, Ali bin Anwar Al Balushi and the rest of the team will be at the forefront of the national team stars in today’s competitions. The star of the team, Mazoon bint Khalfan Al Alawia, will lead the players towards achieving medals. There is no doubt that the national teams aspire to achieve medals in this 3rd edition of the tournament, in which more than 1,700 male and female players are participating, representing the six GCC countries, namely the Sultanate of Oman, Saudi Arabia, UAE, Qatar and Bahrain, as well as the host, Kuwait.

The tournament will witness the holding of 16 individual and group games, which are: handball, volleyball, basketball, futsal, swimming, athletics, karate, judo, fencing, archery, tennis, cycling, ice hockey, table tennis, electronic games and padel sports, and for the first time in its history, the session will witness the participation of the female component in harmony with the global system in force in international continental sports tournaments, knowing that only 7 games will be participated in by women: futsal, cycling, athletics, table tennis, tri-basketball, electronic games and padel sports.

On the readiness of the male and female players, Mohamed Al-Houti, coach of our national athletics team, said: our team’s preparations were good, as we went through several local camps in Muscat, as well as we did internal club tournaments and open tournaments through which the runners who will represent the national team in this tournament were selected. He stressed that the hostility of our team is determined to achieve good results in the competitions in which they participate. Al-Houti also mentioned that competition in the tournament will be hard between the participating teams, which include champions in the world and Asia, however our youth are able to achieve good results and rise to the podiums, stressing that all runners are fine and there are no injuries in the team.

For his part, Hammoud Al-Delhamy, coach of our national team for athletics, said: “We have been preparing for this tournament for a long time, as the tournament was supposed to take place last January, but it was postponed to the current month of May, and we were ready with an integrated team, but because of the delay in changing a number of selected players due to some circumstances, but we overcame all difficulties and were able to hold 6 internal tournaments that qualified young people to score good records to participate in this tournament. Al Dalhami added that we participate in this tournament in athletics competitions, including 100m, 200m and 400m, 4X100m relay, 4X400m relay, 800m and 1500m races, long jump, high jump and triple jump. We hope that the runners will register records that qualify them to participate in the Islamic Solidarity Tournament that will be held next August in Turkey. We have great ambitions to compete in the 100m and 200m races, and the relay and long and high jump competitions to get medals, as well as not forgetting the women’s team, from which we also hope to achieve results.

For her part, the assistant coach of the girls’ team, Shannunah bint Saleh Al-Habsiah, said: “The girls’ team confirmed its readiness to participate in the tournament today, and the team’s players will be keen to provide the best capabilities in the competitions, and there is no doubt that the competition is difficult for all participating teams, especially since there are strong and well-known names in the game from Bahrain and Kuwait, but we hope that the players of the national team will provide the required level of them and that we will be among the podiums in the competitions.

On the other hand, the official training of the shooting teams began yesterday at the Sheikh Sabah Al-Ahmad Olympic Fields Complex, and the technical meeting of the game was also held with the participation of representatives of the participating delegations, and the equipment of cartridge and bullet weapons will be examined. The team also conducted official training for the “trap” and “pistol” competitions. 10 meters air” and “50 meters rifle three modes.” The President of the Kuwaiti and Arab Federations and CEO of the Asian Shooting Federation Duaij Al-Otaibi said: “The Al-Mayadeen complex is fully ready to host shooting competitions, and he explained that the official competitions will start on Tuesday with “Trap 75” competitions and “10-meter air pistol” and “50-meter rifle competition in three modes, and the shooting competitions will continue until next Thursday.”

On the other hand, the national volleyball team arrives in Kuwait this evening from its foreign camp in Bulgaria, which concluded yesterday. The Omani fans are waiting for the team to achieve good results and to reap the first places due to the team’s individual capabilities, technical skills and cumulative experience in foreign participations, from For his part, the technical staff of the team, led by coach Jamal Al-Maamari and his assistant Hilal Al-Jabri, is looking forward to the team achieving a better historical Gulf result than it achieved in its previous Gulf participations, after it came third in the first Gulf Games in Bahrain 2011 and the second in Saudi Arabia in 2015. It is noteworthy that the last appearance of the national team was on September 20, 2019 in the Asian Championship in Tehran.

Kuwait Olympic Committee and the organization of the 3rd GCC Games revealed the content of the application for the tournament, which includes all the information related to the 3rd GCC Games, starting with training programs, competitions and their dates, to their locations and results, as well as the ceremonies, and the Kuwaiti Olympic Committee recommended in a circular to all participants In the course, it was necessary to download the content of the application for the course on mobile devices, so that all matters related to the tournament could be followed up without any trouble. Ease of transportation and availability at the specified times.