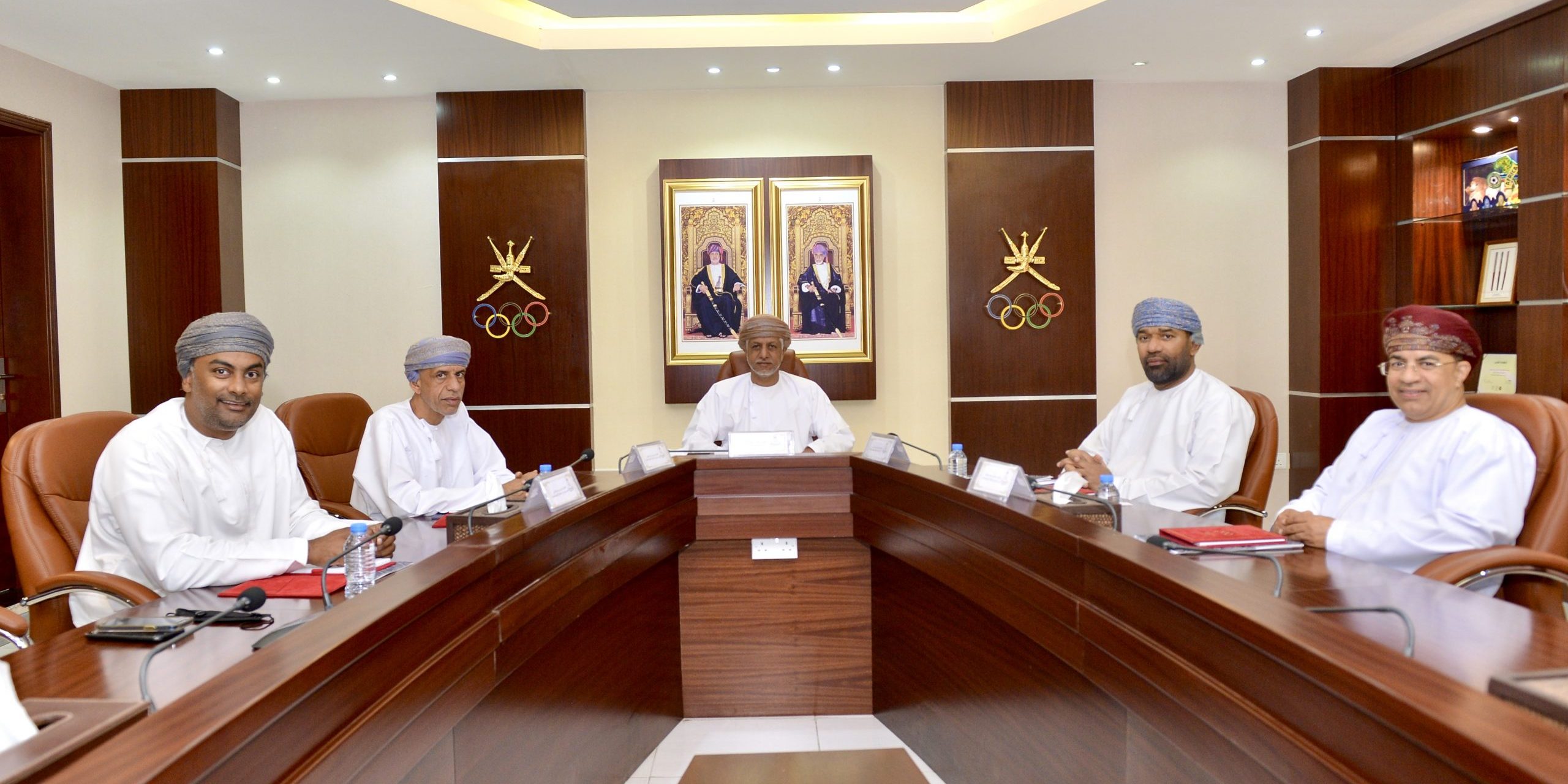 OOC Executive Office discusses the Agenda for the next stage

During the meeting, many important topics for which a program and an integrated schedule were set for the next stage was discussed. Among which was a review of the recommendation submitted by the Planning and Following-up Committee previously regarding sports games proposed to participate in the 3ed GCC sports games, which will be held in Kuwait during the period from 11 May 21, 2022, and they took note of what was done about it.

The attendees were also briefed on the invitation from OOC General Secretariat to attend the 94th meeting of GCC Executive Office, which will be held in the Saudi Arabia, Riyadh, on March 21, where OOC will be represented by Taha bin Suleiman Al-Kishri, OOC Secretary-General, and Abdullah Bin Mohammed Bamkhalv, OOC Treasurer.

One of the most important topics reviewed by the office was the agenda during the coming period and the most important basics that will be focused on, which is to assess the current situation, select members of sub-committees and determine their work mechanism and tasks, partnership mechanisms with the private sector, and focus on supporting athletes and sitting with Sports Federations to determine the priorities of Olympic sports work for the next stage.