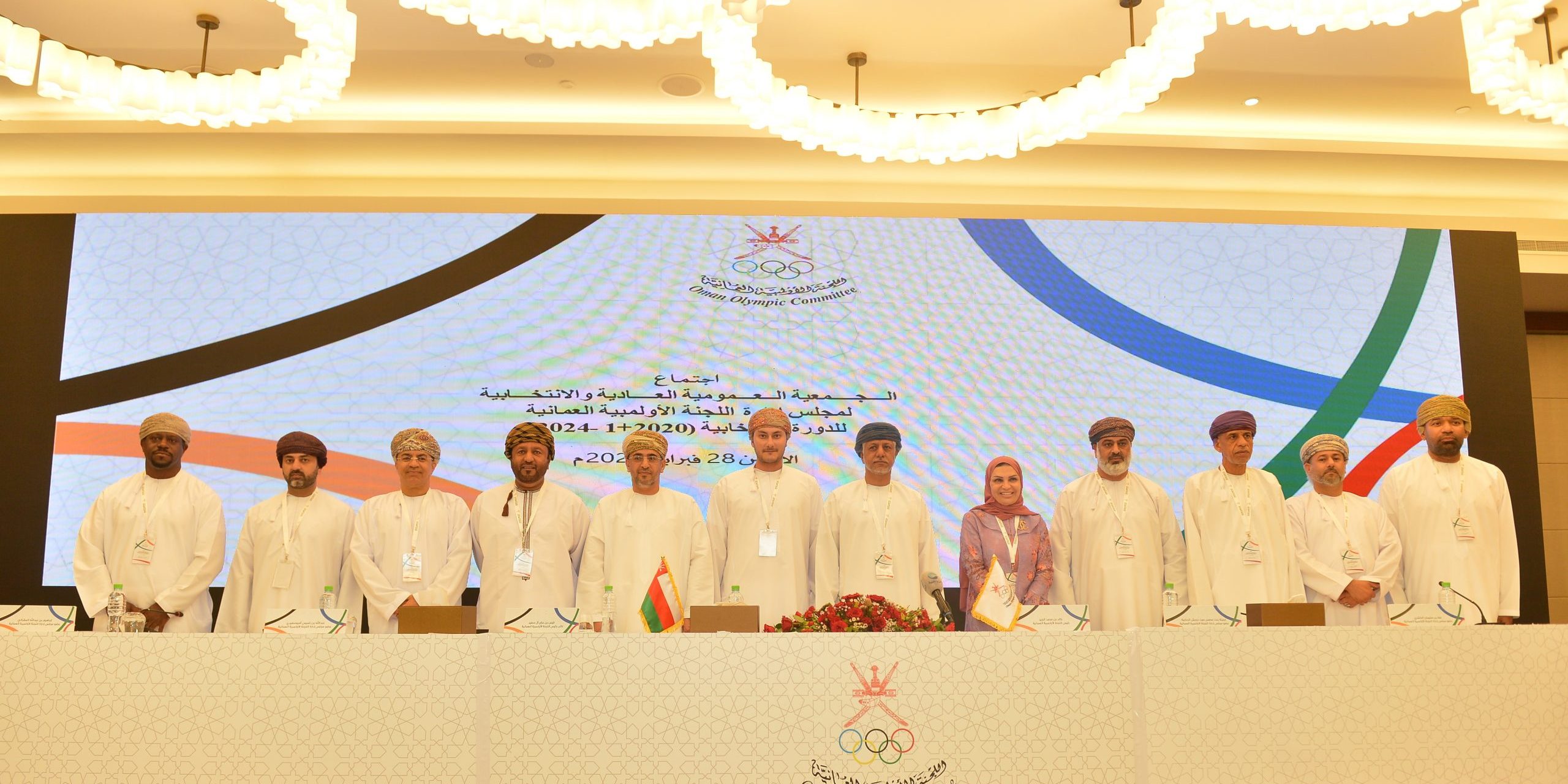 The General Assembly of Oman Olympic Committee (OOC) recommended Sheikh Khalid bin Muhammad Al Zubair as OOC Chairman, and His Highness Sayyid Azzan bin Qais Al Said as Vice Chairman, during the regular and electoral General Assembly meeting held this morning at the Crowne Plaza Hotel in Al Irfan to elect the Board of Directors for the electoral cycle (2020+1). – 2024).

During the meeting, OOC members were recommended: Taha bin Sulaiman Al Kishry as a member of one of the executive councils of the international sports federations whose sport is included in the Olympic Games program, and Dr. Abdullah bin Khamis bin Ali Ambo Saidi as a representative of one of the sports federations affiliated with the unlisted international sports federations in the Olympic Games programme, Qais bin Saud bin Hamad al-Zakwani as a sports figure, and Dr. Mansour bin Sultan al-Tawqi as a representative of the athletes after he was elected by Oman Athletes Committee in its first meeting of this year, which was held on January 23 last.

In its meeting, the Board of Directors formed the sub-committees for the electoral cycle (2020+1-2024) as follows: