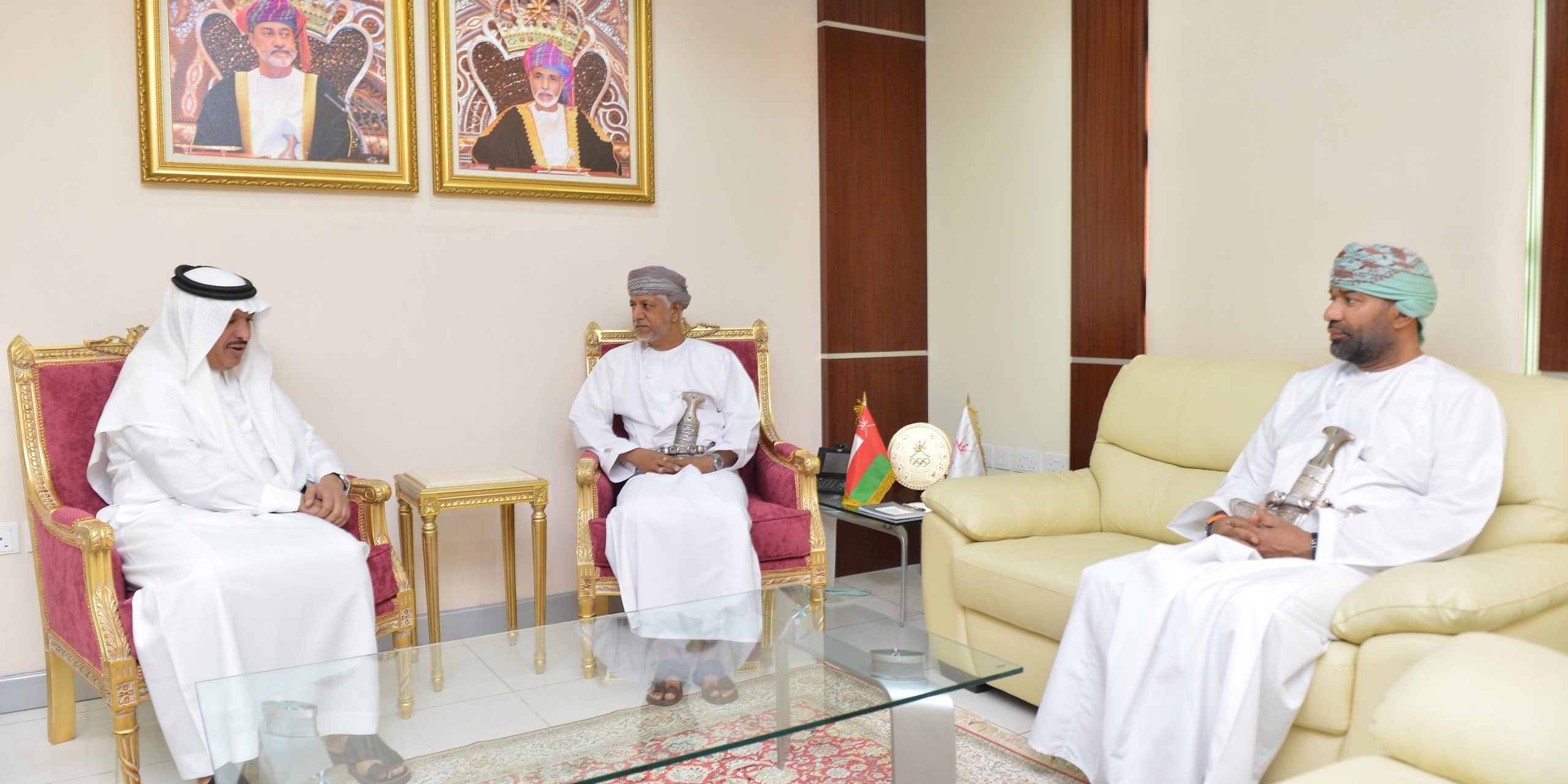 Khalid bin Muhammad Al-Zubair, OOC Chairman, received separately on Tuesday in his office Abdullah bin Saud Al-Enezi, Ambassador of Saudi Arabia to the Sultanate, and Consul Bahram Umarov, Chargé d’Affairs of the Embassy of the Republic of Uzbekistan to the Sultanate, separately, in the presence of Taha bin Suleiman Al-Kishri, OOC Secretary General.

During the two meetings, cordial conversations were exchanged, a set of issues of common interest, and ways of cooperation were discussed to strengthen the existing relations between Oman and both the Kingdom of Saudi Arabia and the Republic of Uzbekistan in the Olympic sports field, and mechanisms for developing and exchanging sports expertise.