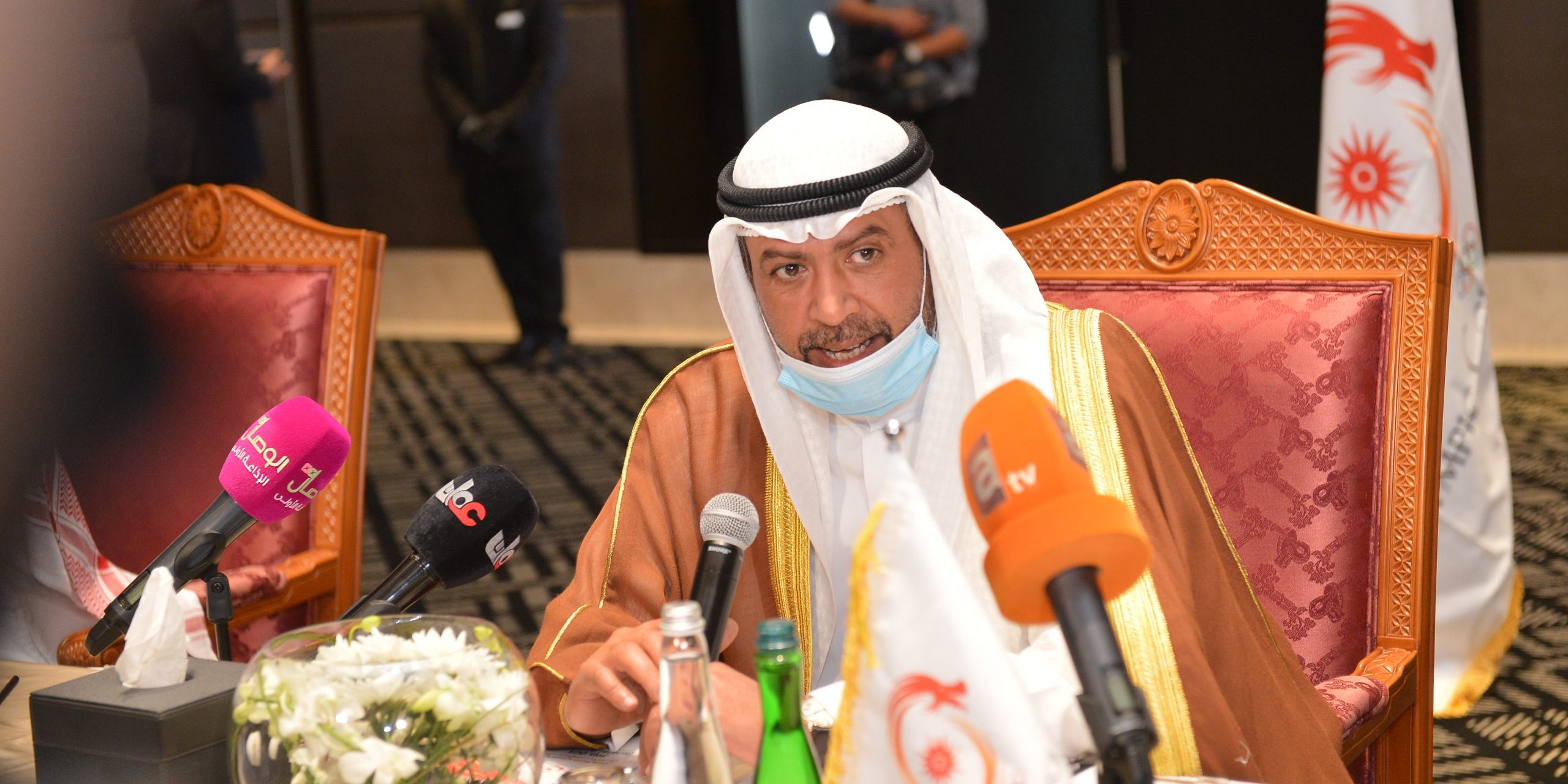 The Executive Office of the Olympic Council of Asia(OCA) held its 74th  meeting this evening, Tuesday, at the Kempinski Hotel, Muscat, headed by Sheikh Ahmed Al-Fahad Al-Sabah, OCA Chairman, in the presence of Hussein Al-Muslim, OCA Director General, and other members.

Al-Sabah delivered an opening speech in which he welcomed the attendees and expressed his satisfaction at hosting this Asian event for the first time, praising the efforts made to make this meeting succeeded, and expressing his thanks and appreciations to His Majesty Sultan Haitham bin Tariq.

He also talked about the current conditions that the whole world is experiencing, and sports in particular in light of the spread of Covid-19, and the precautionary measures that have been taken after the return of various sports activities and programs.

Then the meeting began, where the attendees reviewed the financial report of the council, and then the committee evaluating the files submitted by the cities of Riyadh and Doha, which are competing to host the Asian Games 2030, reviewed its report and the results of the visit it made in the two cities last November.

The meeting included visual presentations and reports from the evaluation committee for its field visit to the two cities and the latest equipment, preparations and stages for hosting.

The meeting included presenting a set of reports to OCA vice- for East Asia, East and South Asia, South Asia, Central Asia, and West Asia, in addition to the reports of the chairmen of OCA sub-committees.

Sheikh Ahmed Al-Fahad Al-Sabah, OCA Chairman, said, “We are happy with this gathering in Oman, which is the first meeting in the continent after the suspension since the beginning of Covid-19, and the meeting represents a joint meeting between technology through visual and reality contact of various Asian delegations, during which financial and administrative reports were approved. Additionally, for ensuring the legality and method of electronic voting. ” He added: “The meeting included the evaluation team presenting its reports to the two candidate cities to host the Asian Games 2030, and we are proud that we have many cities that are interested and qualified to host the Asian Games. The coming is the best way to build sports and youth society in all the countries of GCC.

Regarding the General Assembly meeting for tomorrow “Wednesday” and voting, he said:

“I took the mandate from the Board of Directors in an attempt to find a solution that satisfies the two parties in a coherent and equal manner, and we will try hard not to reach the stage of voting as stipulated by the regulations of OCA. “.