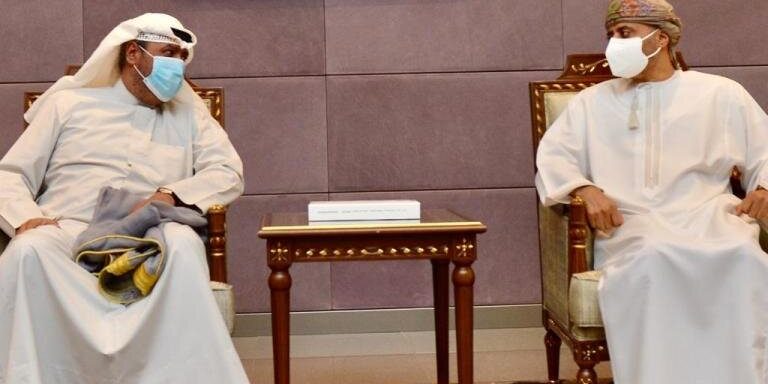 (45)  committees will participate in the meetings, electronically vote and wide media coverage

Al-Kishry: We are ready to host this great event and choosing the Sultanate for the thirty-ninth meeting comes from the experience and impartiality.

On next Tuesday and Wednesday, (15-16) December, the 39th General Assembly of the Olympic Council of Asia(OCA) and its accompanying meetings will be held at the JW Marriott Hotel Muscat for the first time in the Sultanate and organized by Oman Olympic Committee(OOC), with wide participation from all Asian countries and the presence of many sports figures at the international and continental level. The Sultanate will be represented at the meeting by Sayyid Khalid bin Hamad Al Busaidi, OOC Chairman, and Sheikh Badr bin Ali Al Rawas, Board member.

OOC is fully prepared for the meeting and the program of accompanying meetings and press conferences, and has made the necessary arrangements and preparation of the agenda.

The prepared program includes several meetings, including the meeting of OCA Executive Office which will be held tomorrow, Tuesday, December 15, and the thirty-ninth meeting of the General Assembly of the Olympic Council of Asia on Wednesday, December 16, in addition to two press conferences, the first of which is the press conference that will be held for the country that will host the Games Asian 2030, and the second of the Olympic Council of Asia, which will be held after the end of the General Assembly meeting to announce the decisions that came out of the meeting.

The item on hosting the 2030 Asian Games, which was submitted by the cities of Doha and Riyadh, is one of the most prominent files of the meeting and at the forefront of the agenda, as it will include presentations by the delegations of the two countries, and then present the report of the committee formed by OCA that visited the two countries and viewed and met closely with the organizers of the two files. This will be voted for the first time electronically by the general assembly of OCA, and the final result will be announced, and after that the contract will be signed with the host country of the masters of 2030. During the meeting, a group of Asian personalities will be honored, as is the custom by the OCA, and they will be awarded in appreciation of their effective contributions and outstanding efforts in the sports field.

Among the items of the meeting, a contract will be signed with the Organizing Committee of the Asian Youth Games Tashkent 2025, then the Olympic Solidarity at the International Olympic Committee(IOC) will review its latest developments in the sports arena. Gunnella Lindberg, Secretary-General of the Assiciayion of National Olympic Committees (ANOC) will also provide an explanation on the latest work done during the last period of ANOC.

Taha bin Sulaiman Al-Kishri, OOC Secretary-General, said that the elections on the file of hosting the masters of 2030 will be held for the first time through electronic voting for members of the General Assembly from the National Olympic Committees authorized to vote, where after the files of both Doha and Riyadh will choose one of them through electronic voting. The program includes a visual presentation of each country’s file and another presentation that includes a detailed report on field visits and meetings held with officials of the files that the committee formed by OCA carried out in the last period to identify the level of preparation of hosting files and readiness programs. Then the matter will be referred to the Olympic National Committees in the past period. The Asian continent to settle the winning file option to host.

This continental sporting event is receiving much media attention; In addition to the presence of the Oman Sports Channel, there are many channels that will cover this event, including Saudi Sports and Qatar Satellite Channels, foremost among which is Bein Sports and Al-Kass, where studios sites for these channels have been allocated in the lobby of the official hotel for the assembly of the JW Marriott Hotel in Muscat. To the interest of many newspapers and radio channels, as well as specialized social networking sites, and the number of media professionals who will be present in this event has exceeded more than 70 media professionals from inside and outside the Sultanate.

The meeting will be broadcast live on the Oman Sports Channel, as well as the Saudi sports channel, Al-Kass and BBC Sport channels, in addition to the accounts of OOC on social media, and the Olympic Council of Asia channel on YouTube.

The event has imposed itself on all levels considering that the Sultanate is hosting these meetings and the goal is to succeed at all levels, and this matter has witnessed wide institutional cooperation between OOC and the rest of the government agencies, foremost of which is the unlimited support from the Ministry of Culture, Sports and Youth and the participation of the Ministry of Information and the Royal Oman Police, the Royal Ceremonies, various and varied media, and other bodies.

Extensive precautionary measures that the meeting organizing committee is keen on in compliance with the directives issued by the Supreme Committee in charge of examining the mechanism for dealing with developments resulting from the spread of the Coronavirus (Covid-19). Physically, wearing masks and putting on sterilizers in many places, in addition to making sure of the procedures followed regarding medical examinations during coming to the Sultanate.

An integrated media center that was prepared at the highest technical levels by the organizing committee at the JW Marriott Hotel Muscat to be a source of broadcasting for all news, media and press reports. The center has been equipped with all necessary needs to facilitate the process of sending the news first-hand.

On the day of the meeting, OOC allocated a special corner for the Oman identity in the lobby of the JW Marriott Hotel Muscat to introduce the guests to the features of Omani identity and heritage, as the corner will include the distinguished OCA and a number of handicraft industries such as silverware such as daggers and others, as well as making fronds, traditional fisheries and others, and the opportunity will be given to attendees to inspect men’s and women’s clothing and textiles, and a number of souvenirs will be distributed to the guests.

Riyadh 2030 file committee reviewed the details of its file during the evaluation committee’s visit from OCA to the Saudi capital last November, which comes in line with the Quality of Life Vision Realization Program, as part of Crown Prince Mohammed bin Salman’s 2030 vision, and the details of the family program were revealed. Transformational Asian Olympics to support the visiting National Olympic Committees, and ensure that athletes from all over Asia perform at their best in the scheduled 2030 Asian Games. During the multi-day visit, the areas where the 2030 Asian Games will be held were inspected and viewed, where members of the committee visited Qiddiya, Riyadh Historic and Janadriyah regions, and the Riyadh file committed to leaving a lasting legacy for the Olympic Council of Asia if the 2030 Asian Games are hosted, as the Asian Olympic Family Program will be at the core of its pledges, as information and experiences will be exchanged at the time of hosting, and OCA will help strengthen the increasing contacts, Knowledge transfer between the National Olympic Committees. The file indicated that the Athletes’ Village will be easily accessible and located at the heart of the Games, and will create a community atmosphere that reinforces the show’s commitment to placing athletes in Asia at the heart of events, ensuring that they have an amazing experience, in addition to providing access to a range of services that will provide a comfortable and successful experience. With benefits such as free accommodation for all National Olympic Committee delegates in the most modern athletes’ village, office spaces, medical spaces and storage are the first in the Asian Games, and a guarantee of distinguished accommodation for the media in general to cover all competitions in all games, and also the provision of medical services upon request for athletes and team officials In the gymnasium, and in every sports venue, with 24-hour direct care. The file will also provide an athlete transportation system, to provide fast and convenient transportation services for athletes and team officials who travel to and from competition and training venues, upon arrival and departure to the airport and city center.

Riyadh 2030 will commit to improving the lifestyles of individuals throughout the Kingdom. The program also ensures that Olympic Games companies, athletes and employees of the wider OCA have the opportunity to inspire a new generation of fans across Asia with an unforgettable Asian Games experience.

The Doha File Committee for hosting the 2030 Asian Games closed its presentations before the evaluation committee assigned by OCA to commit to organizing an exceptional edition of the Asian Games, during the past November, as it constitutes a gateway to a true legacy that will benefit all the Asian NOCs.

Doha 2030 file committee affirmed that, given the readiness of all permanent sports stadiums and facilities, Doha has an unprecedented opportunity to redirect time and investments that usually focus on preparing infrastructure, towards helping Asian sports to recover from the consequences of the Corona pandemic “Covid-19” .

Based on the great experiences of Doha, especially after hosting the 2006 edition of the Asian Games, the Doha 2030 Committee has developed a detailed plan for the sustainable legacy program under the title “Legacy Project 21”. The program will assist many Asian National Olympic Committees as of next year 2021. Until the Games will be held in 2030 and after the Games.

Legacy and sustainability are a priority and pillar of the Doha file, and the legacy plans that have been put forward are based on principles of participation, trust and certainty that only Qatar can provide, matters that seem more important in this period of uncertainty more than ever before. The plans are consistent with Qatar’s social, economic and developmental goals.

The file pledged to organize an extraordinary session in the history of Asian sports, assuring the evaluation committee and the sports fans in Asia to organize an unprecedented session in dazzling them, and to build a legacy that represents a qualitative addition to the sporting potential in the continent and resonates outside Qatar.

The Doha 2030 file committee shed light on the marketing aspects, the program of the session, the opening and closing ceremonies, and the media rights in front of the evaluation committee, which carried out an inspection tour of the facilities, games sites, the sports city and others, and there was also an opportunity to visit the Bein Sports channel network.