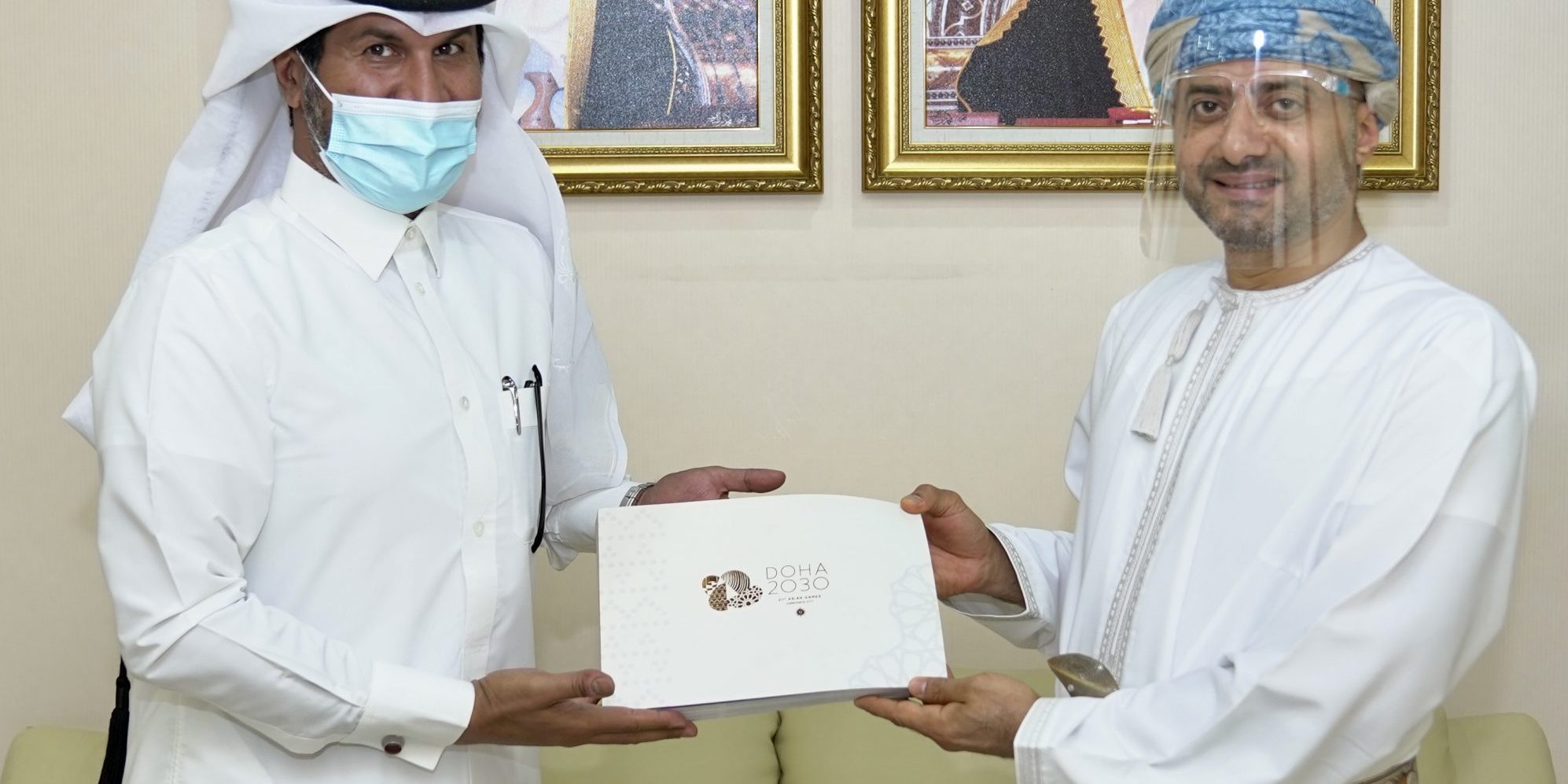 Sayyid Khalid bin Hamad Al Busaidi, Oman Olympic Committee Chairman, met in his office today morning with His Excellency Sheikh Jassim bin Abdul Rahman Al Thani, Qatar’s Ambassador to the Sultanate.  During the meeting, the bilateral relations that bind the two countries, especially in the field of sports were reviewed, and the Ambassador also handed over to OOC Chairman a copy of the file of Qatar’s Application for hosting Asian Games 2030, which will be presented in the 39th General Assembly of the Olympic Council of Asia scheduled to be held in Muscat on Monday next Wednesday.  The meeting was attended by Taha bin Sulaiman Al-Koshari, OOC Secretary General.