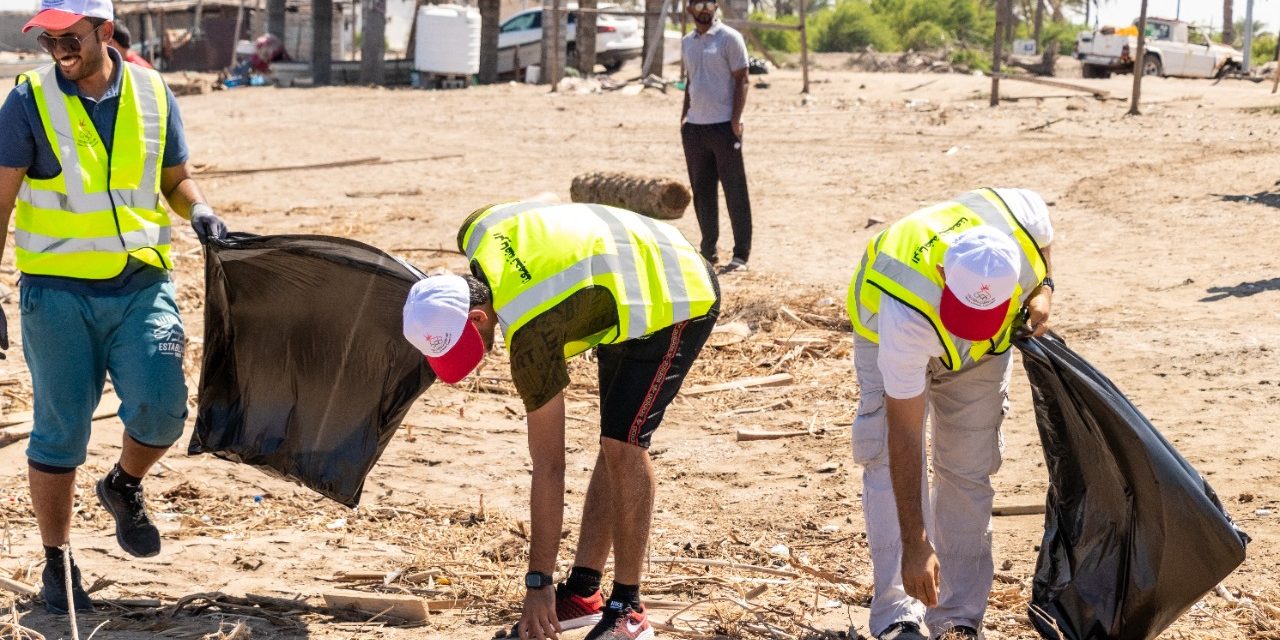 “Sport brings us together” campaign

On October 15, 2021, OOC organized a voluntary campaign entitled (Sport brings us together) to help those affected by the climatic conditions (Shaheen Cyclone) in the North Al Batinah Governorate and to contribute to the removal of waste from neighborhoods and streets as a result of the damage caused by the cyclone.

This campaign comes in solidarity and cohesion with the citizens and residents who were affected by the exceptional climatic conditions that Oman was exposed to in the month of October 2021 in the wilayats of North and South Al Batinah, and within the framework of the efforts undertaken by the government, and His Majesty Sultan Haitham bin Tarik, and the institutions In this regard, OOC believes in the noble values ​​on which sport is based in societies.

More than 350 volunteers from OOC board of directors, federations, sports committees, the Ministry of Culture, Sports, Youth, sports clubs, athletes, citizens and residents participated in the campaign.

Volunteers have provided various types of aid and support in the affected states, such as cleaning beaches and homes, removing waste from roads, helping the parties involved in the rest of the work, in addition to providing a range of games and artistic and educational competitions for children. The campaign also presented a number of initiatives during its presence, including providing two trucks loaded with drinking water, and distributing breakfast, lunch and dinner to a number of affected people.