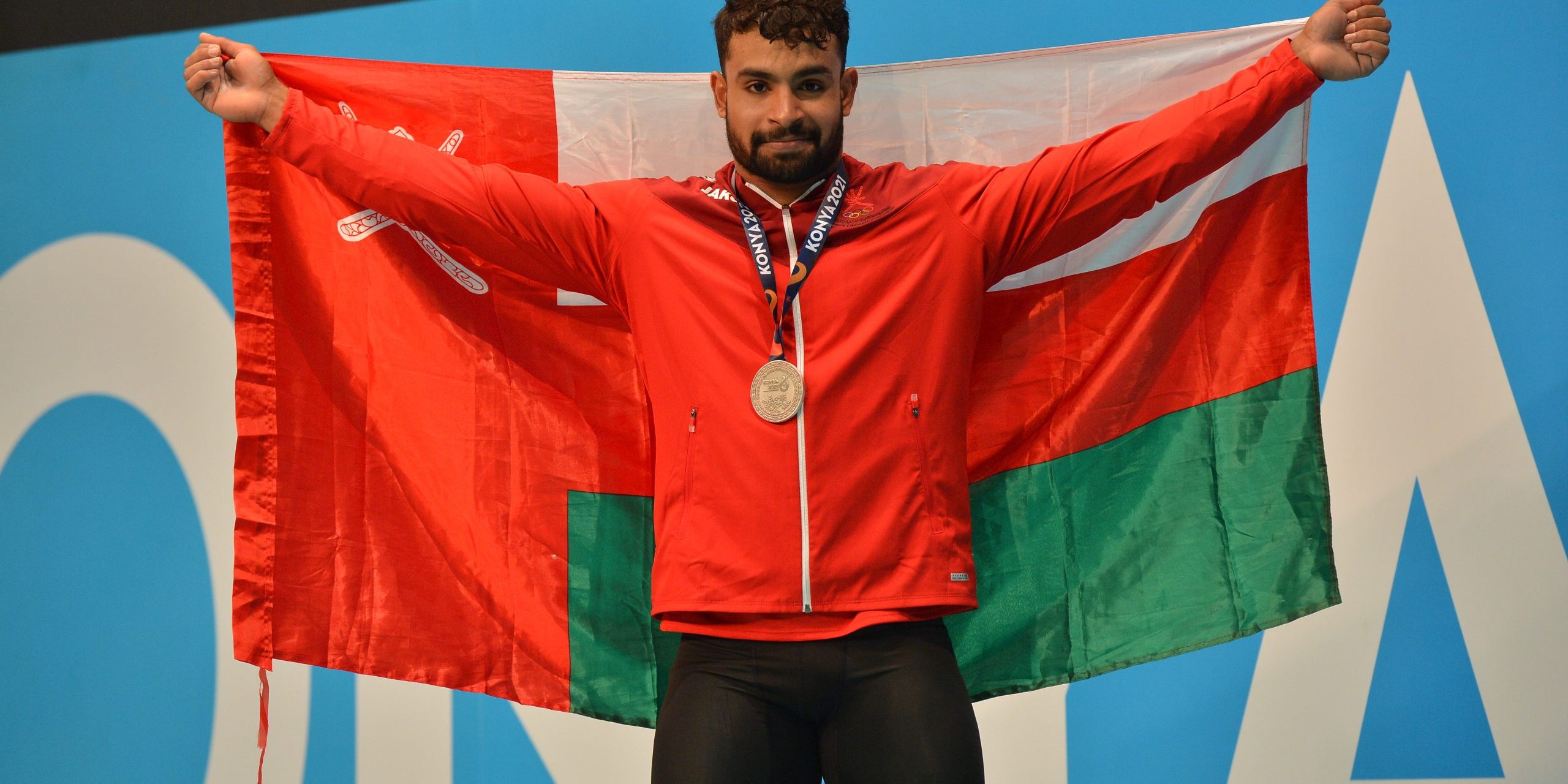 Amer al khanjari snatched the selver medal, when he presented Oman national weightlifting team at wight of 89 kg, Amer able to left 193 kg in the clean and Jerk competition on sunday, also he achieved a record of 156 kg, in snatch competition among 12 competitors in snatch competition, at tuyap hall in Konya, within the fifth edition of the Islamic Solidarity Games, which held from 5 to19 August in Konya, with participation of 5,000 athletes from 55 countries.

Oman national shooting team opened the preliminary qualification for (shozen skeet) shooting, on sunday at konya shooting failed ,Where the first day qualifiers consisted of 3 rounds, each round have 25 points, with total of 75 points, where in men competition, the shooter Nagmosh al Hatali achieved 74 points amoung 35 shooters, Yasir alnasri finished with 71 points and Mohamed al Gharbi earn 68 points. In women competition the shooter, Fatima al Sulaimi finished with 59. Monday the shooting competition continues with another two rounds out of 50 points, then in same day the top 8 shooters in two qualification days will compete in final round.

On the other hand, oman national swimming team, concluded thier participation in the tournament, in 200m freestyle competition, Issa al Adawi achieved time of 2.00.07 minutes among 19 competitors,