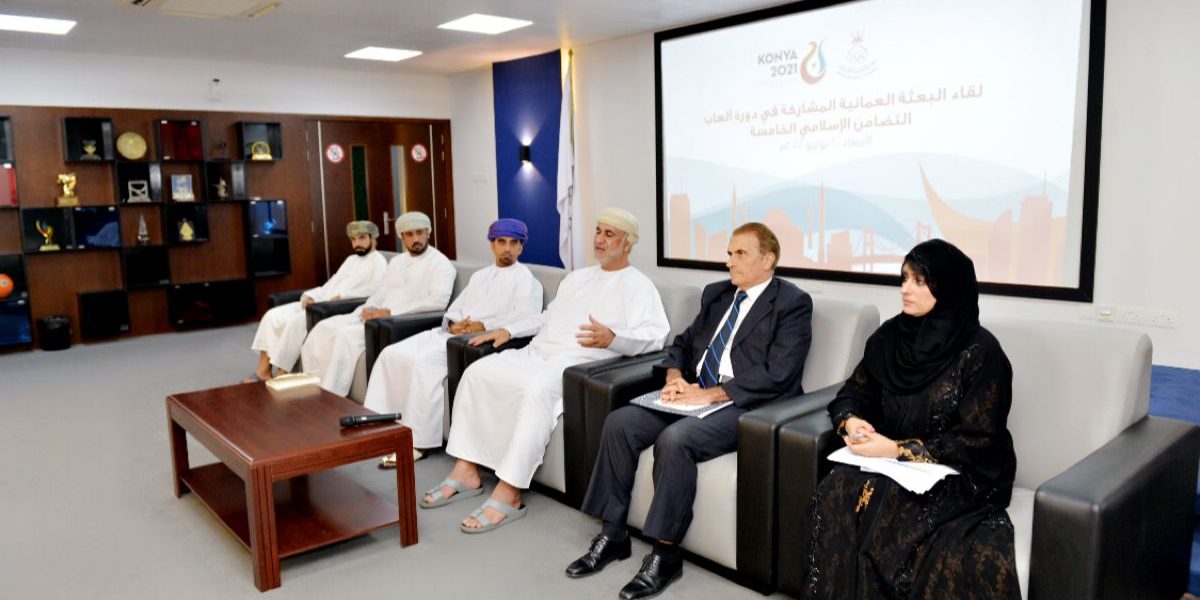 OOC reveals the details of the Islamic Solidarity Games participation

Oman Olympic Committee (OOC) revealed the latest preparations for the participation of the national teams in the 5th Islamic Solidarity Games, which will be launched in Konya, Turkey, from 9 to 18 August, in a press interview this afternoon, in the presence of Khalifa Al-Esai, OOC Executive Director, and Hisham Al-Adwani, OOC Chef de Mission. In the conference, Dr. Al-Mu’tasim Ghatouk, OOC planning and following-up expert, representatives of the participating teams and a number of members of the supervisory administrative committee participated.

At the beginning of the press meeting, OOC Executive Director, gave a speech, calling on the five participating national teams to give high levels in such important international events. Al-Esai also called on the teams to abide by the rules of the games and other important aspects. After that, Hisham Al-Adwani, Chef de Mission, presented a review of the representatives of the participating teams, where he said that Oman will participate in this games, with five sports, namely athletics, shooting, weightlifting, cycling and swimming, while the games includes 24 competitions, namely tri-basketball, aerobic gymnastics, artistic gymnastics and rhythmic gymnastics, Athletics, football, table tennis, shooting, cycling, track cycling, wrestling, fencing, weightlifting, judo, karate, swimming, taekwondo, handball, kickboxing, bocce, traditional Turkish archery, volleyball and archery. 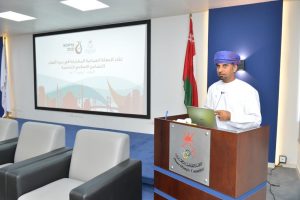 Hisham Al-Adwani also presented a comprehensive review of the athletes’ village and the laws related to it, as well as the aspects that should not be done, as well as the stadiums designated for competitions, as well as for training, transportation and other services available to athletes and participants in the games. As for Dr. Al-Mu’tasim Ghatouk, OOC planning and following-up expert, talked about the mechanism for selecting the teams participating in this games, and also explained why the games were excluded from participating in this games and focus on individual games, and he appealed to the participating teams to provide technical and skill capabilities of the players. After that, representatives of the participating teams raised a number of inquiries about reservations and aspects of interest to each team, and they were answered by OOC officials.