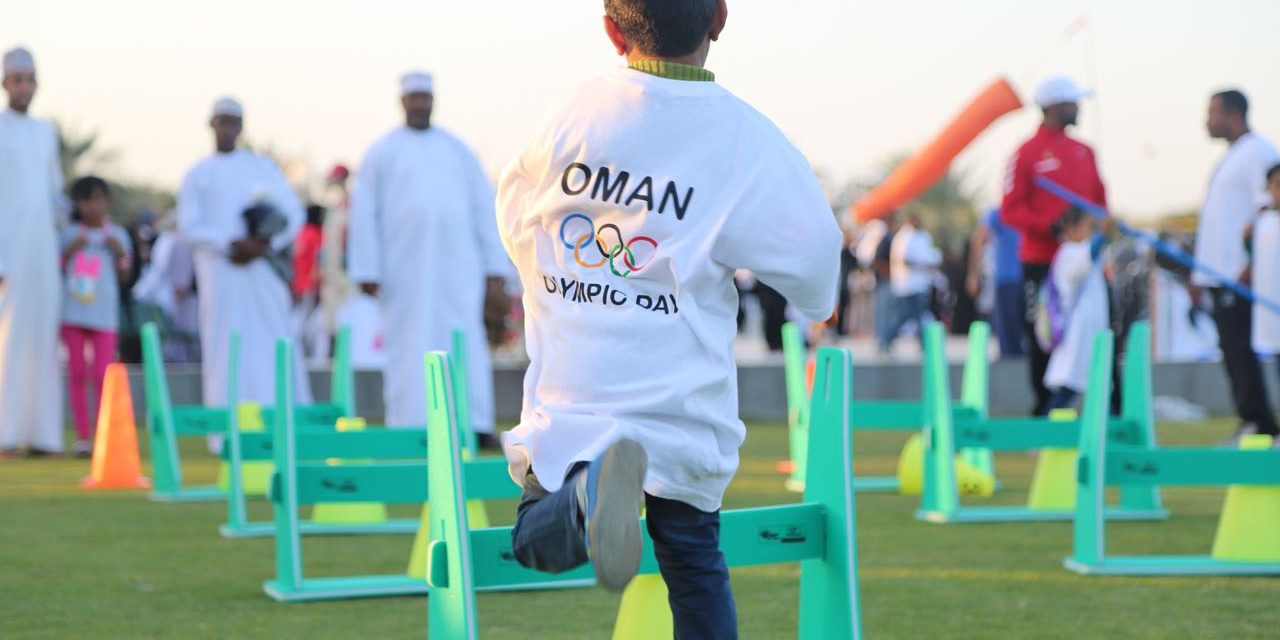 Oman Olympic Committee (OOC), represented by Sports and Active Society Committee, is organizing the Olympic Day in Musandam Governorate, which kicks off tomorrow afternoon “Wednesday” in the Wilayat of Khasab, under the patronage of His Excellency Sayyid Ibrahim bin Saeed Al Busaidi, Minister of State and Governor of Musandam, and in cooperation with the Department of Culture, Sports and Youth in Musandam Governorate.

The event includes many sports and activities such as walking, swimming, weightlifting, Beach Football, volleyball, Handball, rowing, and a number of traditional games such as tug of war and dome, and a folklore band. The event targets all community segments with the aim of promoting health. The public, spreading the culture of walking and increasing the number of its practitioners, making the practice of sport and the values ​​and principles of the Olympic Movement a component of the general culture of the members of society in thought and practice, and strengthening the concepts of sport in the community and making it a priority in their daily life.

The event will also include many competitions and recreational games for children in order to develop their social skills, develop the child’s motor skills, instill the love of sports in children and the spirit of competition and team play.

The events will start at 4:00 pm at Bassa Beach in the Wilayat of Khasab, and it is expected that the number of participants will reach more than 300 participants, and cash prizes will be distributed to the winning teams in sports competitions and traditional games, and many prizes for children and participants in the walking event.

On this occasion, Taha bin Sulaiman Al Kishry, OOC Secretary-General, said: “We are pleased to organize the Olympic Day in Musandam Governorate, after postponing this event for two consecutive years due to the conditions that the whole world is going through (Covid 19), as this event is among the most important programs that OOC seeks to implement it annually because of its great importance in embodying the concept of Olympic activity, promoting Olympic values, and conveying an awareness and cultural message to the community about the many benefits achieved by practicing sports, whether on a personal or societal level, and making it a priority in their public life, not only in the competitive field, and also encouraging and supporting programs that aim to mix sports with culture, education.

Al Kishry added: “Musandam was chosen to hold the event due to its attractive natural elements and out of the approach that the committee’s board of directors always seeks to achieve by involving all citizens and residents of Oman in the activities of this day, as the Olympic Day activities were previously organized in Muscat Governorate, Dhofar Governorate, Al Dhahirah Governorate, North Al Batinah Governorate, and Al Dakhiliyah Governorate, and this year the focus was on a large number of sports and folk games, in addition to a variety of activities and competitions for children.”

It is worth noting that the concept of the Olympic Day encourages the National Olympic Committees to adopt sports, cultural, and educational initiatives, as it represents an opportunity to view sport as an important supporter of social issues that affect societies such as education, health, disease control, and encouraging and supporting women’s participation in sports, environmental conservation, peace and development local communities.