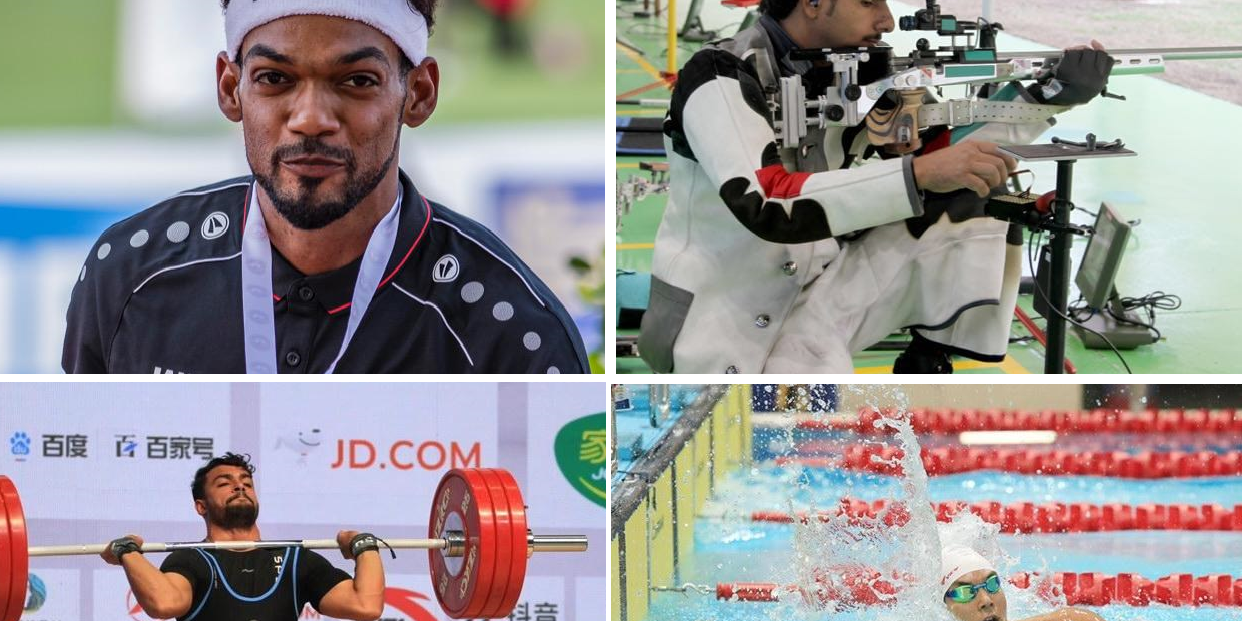 As the countdown to the Olympic Games Tokyo 2021 begins,

Khalid bin Hamad: Our confidence in our players is great to achieve new records

The Sultanate, represented by Oman Olympic Committee (OOC), is preparing to participate in the 32nd Olympic Games hosted by the Japan, Tokyo, from July 23 to August 8.

OOC succeeded in obtaining invitation cards for four athletes to participate in Olympic Games: the swimmer Issa bin Samir Al-Adawi, the runner Barakat bin Mubarak Al-Harthy, the shooter Hamad bin Saeed Al-Khateri, and the weightlifter Amer bin Salem Al-Khanjari, after coordination between OOC and the Sports Federations and International Olympic Committee (IOC). The players were selected based on a set of specific criteria stipulated at the continental and international levels that were adopted as a condition for obtaining the invitation card.

The athletes participating in the Olympic Games continue their preparation for the competition with their intensive training to appear in a high level, present their best technical levels, achieve positive results and represent the Sultanate in this important international event.

OOC will participate in the opening ceremony of the Olympic Games, which will be held on the 23rd of July, where the swimmer Issa Al-Adawi will carry the flag of the Sultanate in the parade of the participating countries, in the presence of the head and members of the delegation.

The Ministry of Culture, Sports and Youth, under the directives of His Highness Sayyid Thi Yazan bin Haitham bin Tariq Al Said, provided continuous support to OOC to ensure its presence in Olympic Games and to enable the players to perform good levels on both the competitive and performance sides.

Sayyid Khalid bin Hamad Al Busaidi, OOC President, said in a statement on this occasion: “An international and a great sports event hosted by the Japan, Tokyo, which prepared, despite all circumstances, for an ideal launch of the 32nd Olympic Games during the period from July 23 to August 8. Oman will be present in this sport event with four players who were chosen according to the Olympic standards, and they succeeded, with their diligence and determination, to achieve the acceptable rates of participation, by obtaining special invitation cards.

Our goal remains to achieve new records in this tournament, and we have great confidence in our players to achieve this. We had hoped for a larger number of players and national teams to participate, however, unfortunately none of the national teams qualified for Olympic Games, Tokyo 202, which confirms the paramount importance of having serious long-term plans to ensure a good presence in future Olympic participations that must be worked on from now, that is what we always call for and strive to work on in coordination with the Ministry of Culture, Sports, Youth and Sports Federations and Committees. From this point of view comes the attention of the Ministry, headed by His Highness Sayyid Thi Yazan bin Haitham bin Tariq, who provides all the possibilities available in order to make the Olympic champions. His Highness’s decision to form a committee for high performance athletes is a practical indication of the correct starting point to achieve this great national goal.”

For his part, Taha bin Sulaiman Al-Kishry, OOC Secretary General, “said that OOC has performed all its duties to support and follow up the efforts made by the concerned sports federations and committees to prepare athletes to participate in this important global event.

Al-Kishry praised the decision issued by His Highness Sayyid Thi Yazan bin Haitham bin Tariq, Minister of Culture, Sports and Youth, regarding the formation of a committee for high performance athletes, which will contribute significantly to create a supportive and stimulating environment for sports bodies in general and for athletes in particular to reach high levels and ensure the effective representation of the Sultanate in continental and international sports forums. He affirmed that making Olympic champions is a joint national responsibility that requires continuous and diligent work for consecutive years”.

It is worth noting that the number of countries expected to participate in the Olympic Games, Tokyo 2021 is 205, with 11,091 athletes competing in 33 games and 339 events that will be held in 24 stadiums. For the first time in the history of the Olympic Games. The event will witness the absence of fans from outside Japan, according to what the Japanese authorities announced last March due to the risks of an outbreak of Covid 19.