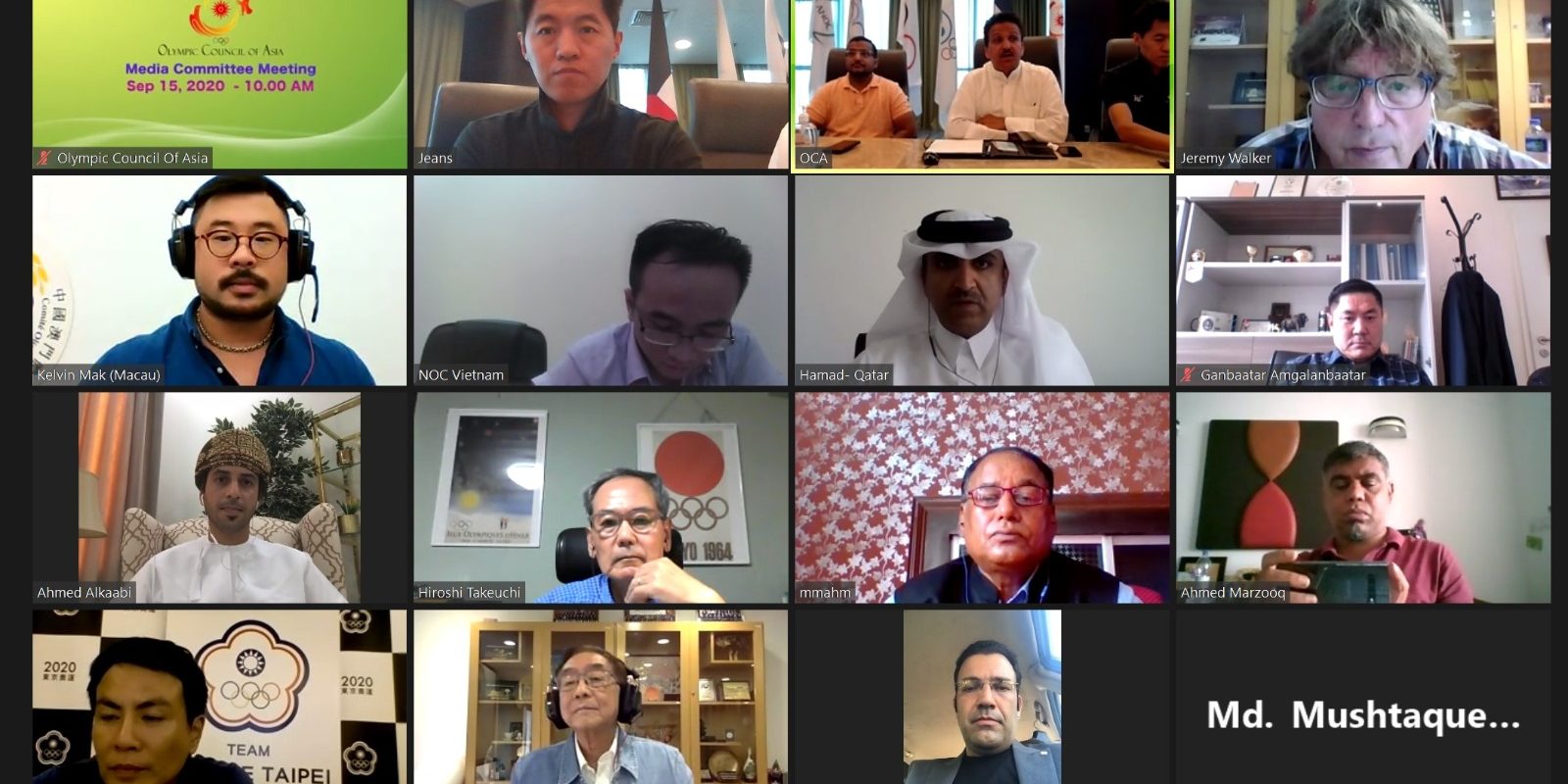 At the beginning of the meeting, Charles Law welcomed all the members of the committee and provided them with a detailed explanation of the roles and tasks expected from media committee during the next phase, including general supervision of media content for covering all activities of the Olympic Council of Asia, in addition to facilitating the tasks of the media professionals during the coverage of the various competitions organized by the Olympic Council  Asian.  During the meeting, the shift that included various social media platforms and the websites of the Olympic Council of Asia was reviewed, and the latest media preparations for the Sixth Asian Beach Games scheduled to be held in Sanya, China, from April 2 to 10, 2021 were discussed.