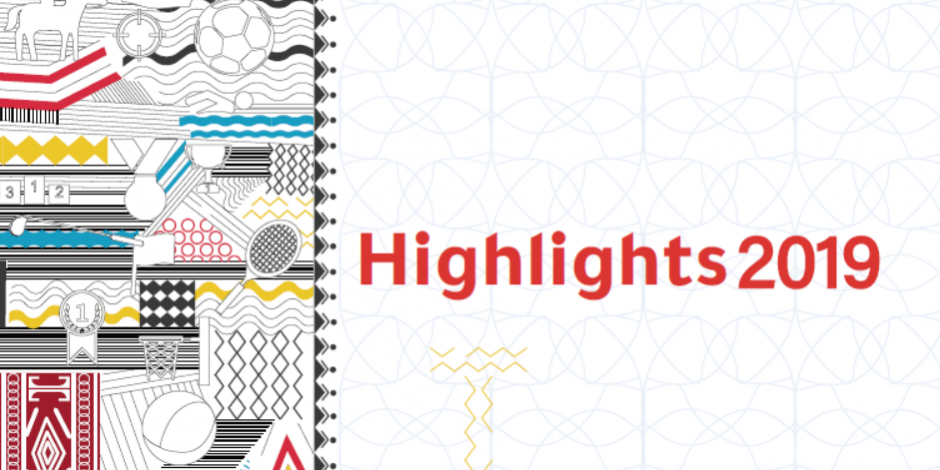 “Highlights 2019” is a new publication for Oman Olympic Committee

Oman Olympic Committee has issued the Annual Report 2019 ” Highlights 2019″, which monitors and documents Oman sports results for 2019 in the context of the general Olympic scene and the attendance, activities and plans of Oman Olympic Committee and its programs implemented in the past year.

The report contains one hundred and twenty-eight pages, and it is in both Arabic and English languages in two copies. The first is hard copy and the second is soft copy. It includes all the contents of the report.

The report ” Highlights 2109″ includes multiple chapters, namely: Oman Olympic Committee (Foundation, Vision, Mission, and Objectives) and the 2019 Olympic Committee programs graded along the year, in addition to a speech from the Chairman. The book reviews the meetings held by OOC Board of Directors In 2019, the meetings of the Executive Board, the ordinary general assembly meeting held on April 18, 2019, and the general meeting to elect a new chairman for the committee.

The report devotes a chapter to the support and sponsorship agreement between Zubair Foundation and Oman Handball Federation and displays the sport events held by Oman Olympic Committee at the Salalah Tourism Festival 2019, as well as the sports programs, courses and workshops carried out during the past year. In addition to the committee’s participation in the GCC, continental and international meetings, tournaments and championships. The report also includes a detailed schedule of the achievements and programs implemented by the sports federations and committees in the Sultanate, along with monitoring the attendance and activities of sup-committees of Oman Olympic Committee.

In the opening of the report, Sayyid Khalid bin Hamad Al Busaidi, OOC Chairman, said: “This annual report represents a renewed opportunity for Oman Olympic Committee to establish the principle of continuous communication and contact with the various components of the National Olympic Movement and with its partners from institutions and bodies working in sports field.”

He added: “If the aim of this report is to document the activities carried out by Oman Olympic Committee, then it is at the same time a tool for recording the most important milestones and achievements of the events witnessed by Oman sports in 2019.”