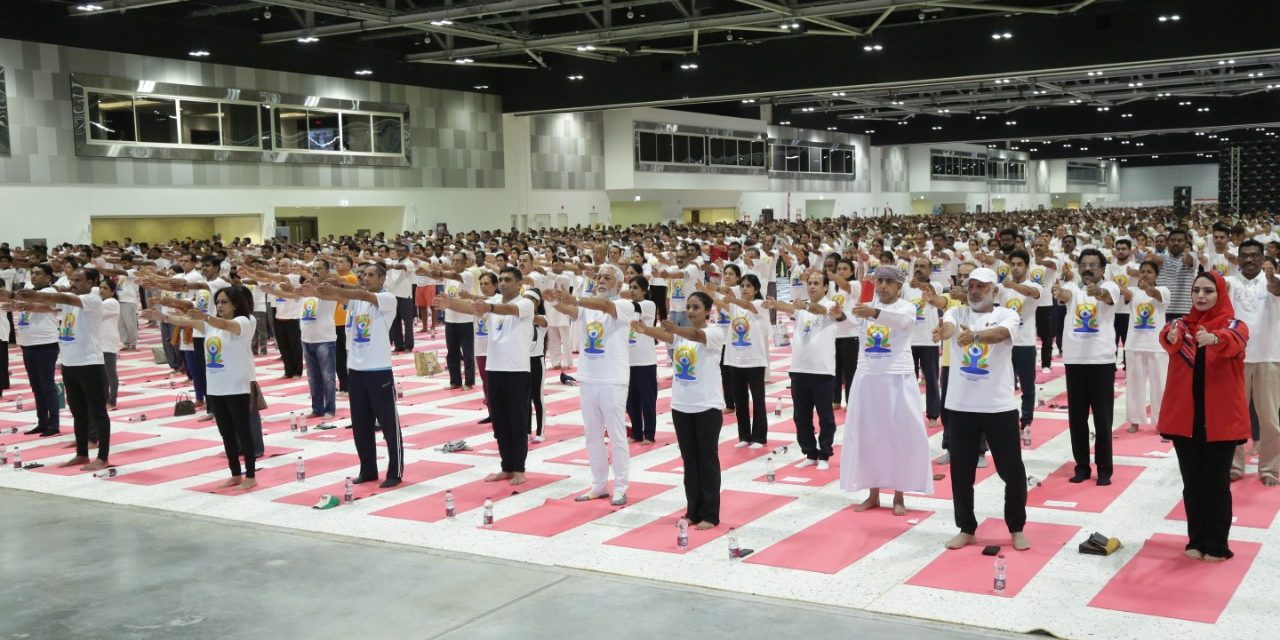 More than 6,000 citizens and residents participated in the fifth anniversary of the International Yoga Day organized by OOC in cooperation with the Indian Embassy and Art of Living at Oman Convention and Exhibition Center on June 21, 2019.

The event was attended by HE Mohammed bin Yousuf Al-Zarafi, Undersecretary of Ministry of Foreign Affairs for Administrative and Financial Affairs, in presence of Oman Sport and Active Society Committee members, the Indian Ambassador to the Sultanate and a number of officials and diplomatic corps, as well as Omani families and Indians residing in the Sultanate.

The ceremony included holding sessions to practice yoga sports under the supervision and guidance of specialists and trainers, and spreading awareness among the attendees of the importance of yoga and its role in stimulating blood circulation and relieving stress and calming the mind; as well as bronchial asthma are the result of breathing deeply, in addition to that exercising regularly helps greatly in the vitality and flexibility of muscles.

This was celebrated in 4 locations which are Oman Convention and Exhibition Center, Nizwa Sport Complex, Jindal Shadeed Township Hall in Sohar and Indian Social Club in Salalah.