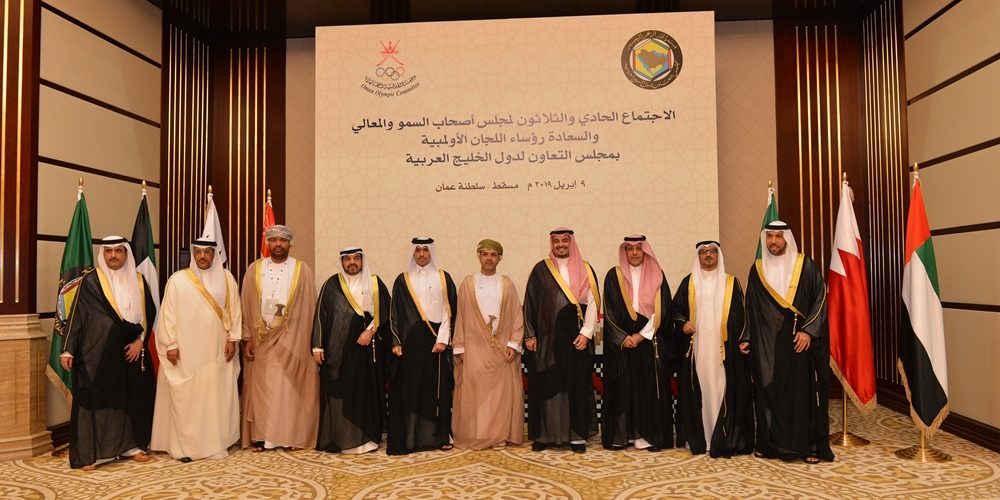 The Sultanate, represented by OOC, hosted during the period from 7 – 9 April 2019 the 31st meeting of Gulf NOCs’ Presidents, and also during the same period, OOC hosted Gulf NOCs’ Executive Board’s meeting in its 88th edition, as well as the 15th joint meeting of the Executive Board’s with the chairmen and representatives of the organizing committees for Gulf Sports.

The meeting was chaired by Taha bin Sulaiman Al-Kihri, OOC Secretary General – President of the current session of the Executive Office, where the meeting raised many discussions and recommendations that were presented to Gulf NOCs’ Presidents, which aim to develop Gulf sports, most notably the announcement of a Gulf authority of Gulf Arbitration Committee, and enhance the cooperation between Gulf NOCs in light of the directives issued by NOCs Presidents, as well as activating indoor competitions and beach games and women sports which stopped during the past three years.

The Board also discussed with Nasser Al-Majali, Secretary General of Jordanian Olympic Committee, and with Hussein Al-Musallam, Director General of Olympic Council of Asia, and with representatives of the Asian Games and Asian Beach Games.

The thirty-one meeting chaired by Sheikh Saif bin Hilal Al Hosani – OOC Vice Chairman – Chairman of the current session of GGC Executive Board have many important decisions and recommendations that will contribute to promote sports in GCC.