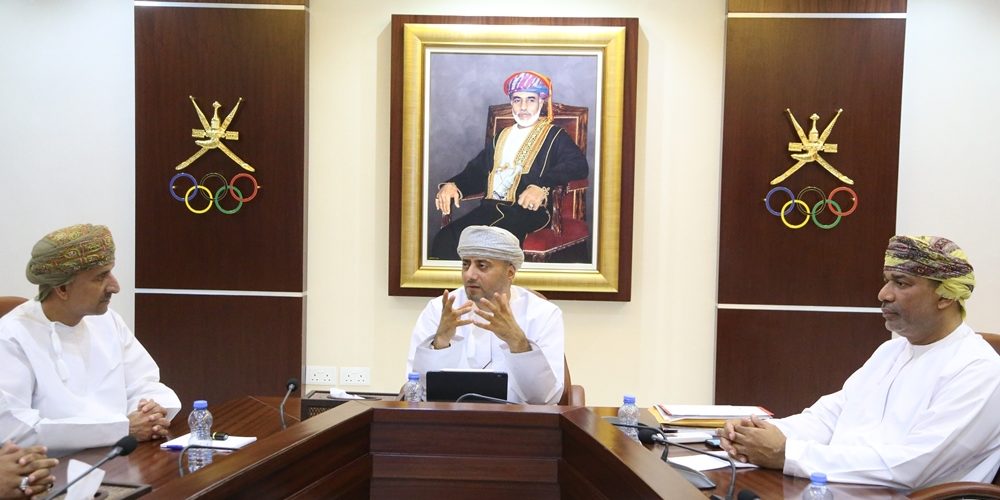 At the beginning of the meeting, a visual presentation was presented about the Gulf and West Asia Weightlifting Championship 2019, which was hosted by the Sultanate and witnessed the first participation of the women’s national team. The Committee presented their plans for preparing a national team for International competitions and representing the Sultanate in the Olympic Games, in addition to incubating and refining talented people in the sport.

The most important achievements of the lifters during the period (2011 – 2019) were discussed in various international, Asian, Arab and Gulf participations, opportunities for obtaining invitation places for Tokyo Olympics 2020, in addition to a review of the plan for Paris Olympic Games 2024 and the targeted lifters, as well as display the challenges facing the Committee and the most prominent possible solutions to overcome them.

OOC Chairman also met yesterday Oman Karate Committee, which is chaired by Saeed bin Saleh Al-Azri. During the meeting, the committee discussed how to spread the game in the Sultanate, where it can easly practiced by different age groups of both genders in the 60 private clubs and training centers.

They also reviewed the achievements of the committee during the last period, and the most important programs held annually represented in the local championships with the participation of all age groups through which talented players are selected, training courses for coaches and referees with the participation of experts from outside the Sultanate, in addition to hosting a number of international events as well as the International Competitions.

Statistics were also reviewed for the number of coaches, players, referees and clubs registered to play the game in the Sultanate, and the priorities that the committee focuses on in the current period to spread the sport and improve the technical levels of players, as well as the committee’s interest in girls participation and the most important activities and competitions organized in this aspect.