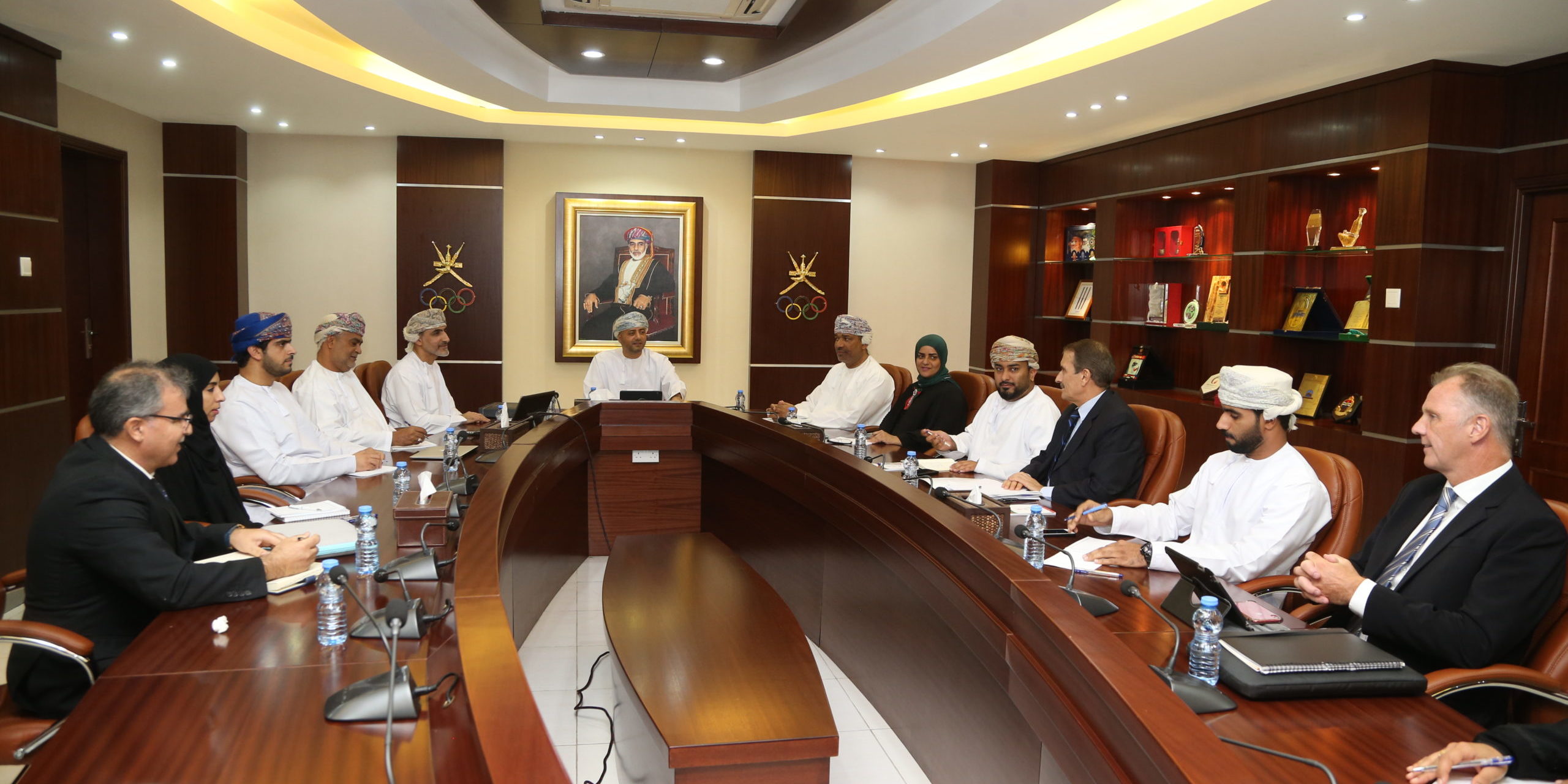 Sayyid Khalid Al Busaidi, OOC Chairman, met with Oman Fencing Committee headed by Khalid Al-Shuaibi yesterday (Tuesday), in the presence of Secretary General Taha Al-Kishry, and a number of members of the Board of Directors and Technical and Executive Administration of OOC, in addition to members Fencing committee and national team coach.

At the beginning of the meeting, OOC Chairman welcomed the members of Oman Fencing Committee, appreciating the efforts made to register the Committee as a new official member of International Fencing Federation last November, and wished the Sultanate’s progress in the field of the game and increase its practitioners and competition for advanced positions in international forums, especially as it is a popular sport for young.

After that, highlights from Oman Fencing Committee were reviewed since its establishment in January 2019, and the most prominent achievements were made during the year, starting from preparing the main committee headquarters at Al-Seeb Sports Stadium and opening a special hall for practicing training, attracting talented players from schools in cooperation with Oman School Sports Association to forming the national team players, led by international coach Hisham Karshoud.

The national team participated in camps and championships last year such as in the Asian fencing championship in Kuwait, international Championship in the United Arab Emirates. They were the first gold and bronze medals during the participation, and the plan that was developed to attract players to the national fencing teams during the stage were also discussed for 2019 – 2024. The camps that will be organized during this year and the list of Gulf, Arab and international championships that will participate in if the appropriate conditions are available, as well as plans for the qualification of coaches and referees, and the challenges facing the committee in the current period, most notably the lack of infrastructure to practice the game and solutions that have been developed in line with the existing possibilities.

The fencing committee reviewed its future strategy in order to achieve the desired goals and move towards a new stage. Which is based on three strategic goals represented in building a sports institution for the fencing game in the Sultanate that accompanies the International Fencing Federations, and the establishment of Oman national team for fencing to achieve medals in World Cup tournaments and international, continental and Asian tournaments by spreading the game and increasing the number of players in all age groups, especially and juniors from both genders, as well as achieving sustainable revenue for the committee by supporting the development and growth of the game, the organization and the players.