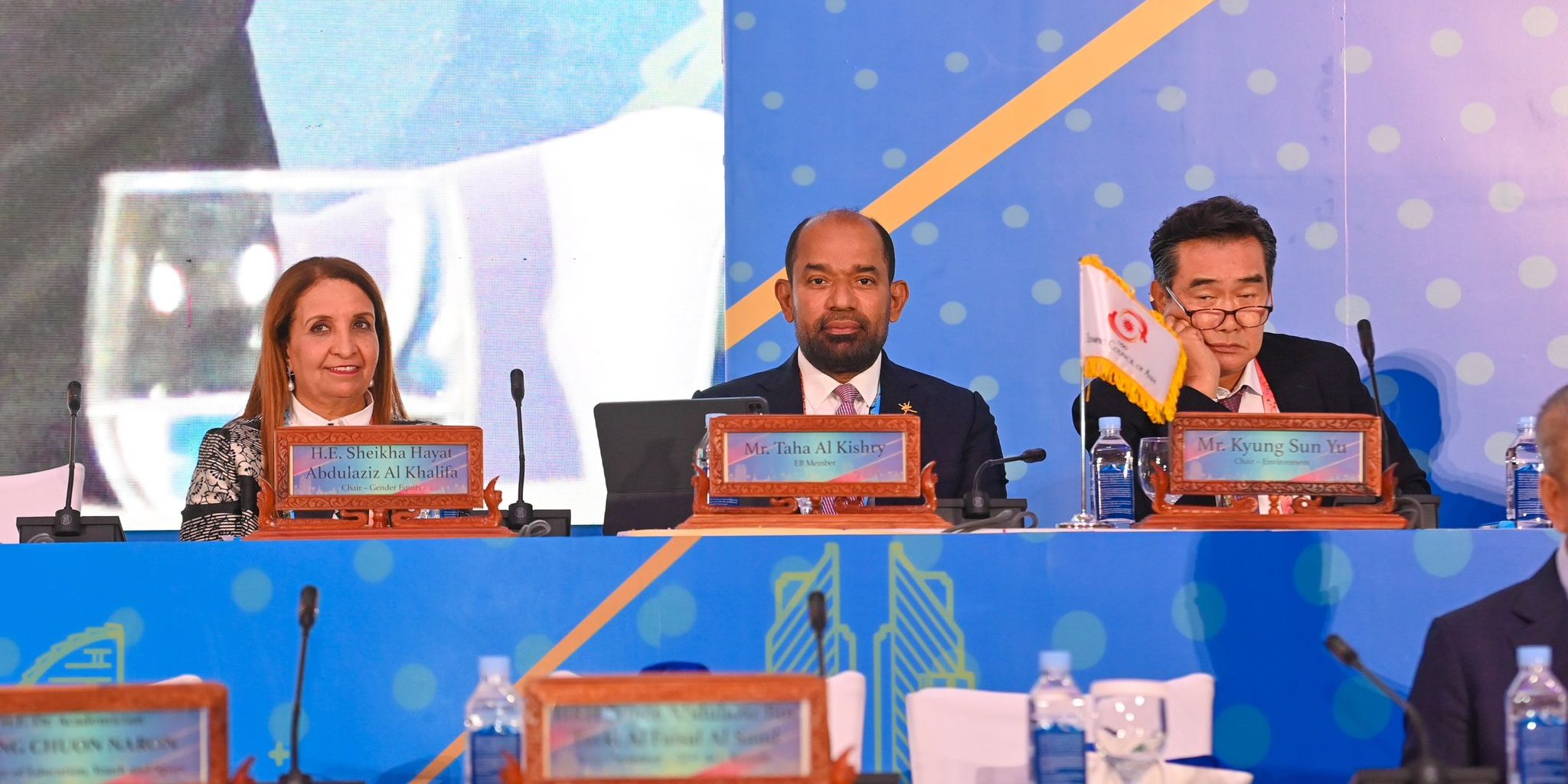 Cambodian Prime Minister Hun Sen opened the meeting in the presence of about 400 sports personalities. During the opening, a minute of silence was observed in memory of the sports personalities and the victims of the soccer stadium tragedy in Indonesia that occurred last Saturday.

The meeting witnessed winning of the Saudi Arabia to host the 2029 Asian Winter Games, after the vote that took place with the participation of representatives of Asian National Olympic Committees.  Previously, hosting was limited to China, Japan, South Korea and Kazakhstan.

Reports were also reviewed on the latest preparations of the organizing committees for the next four Asian Games in Hangzhou 2023, Aichi-Nagoya 2026, Doha 2030, and Riyadh 2034, in addition to presenting reports on the file of Riyadh’s preparations to host the Asian Games for Indoor and Martial Arts Seventh 2025, and a file for hosting  Asian Indoor and Martial Arts Games Thailand 2023.