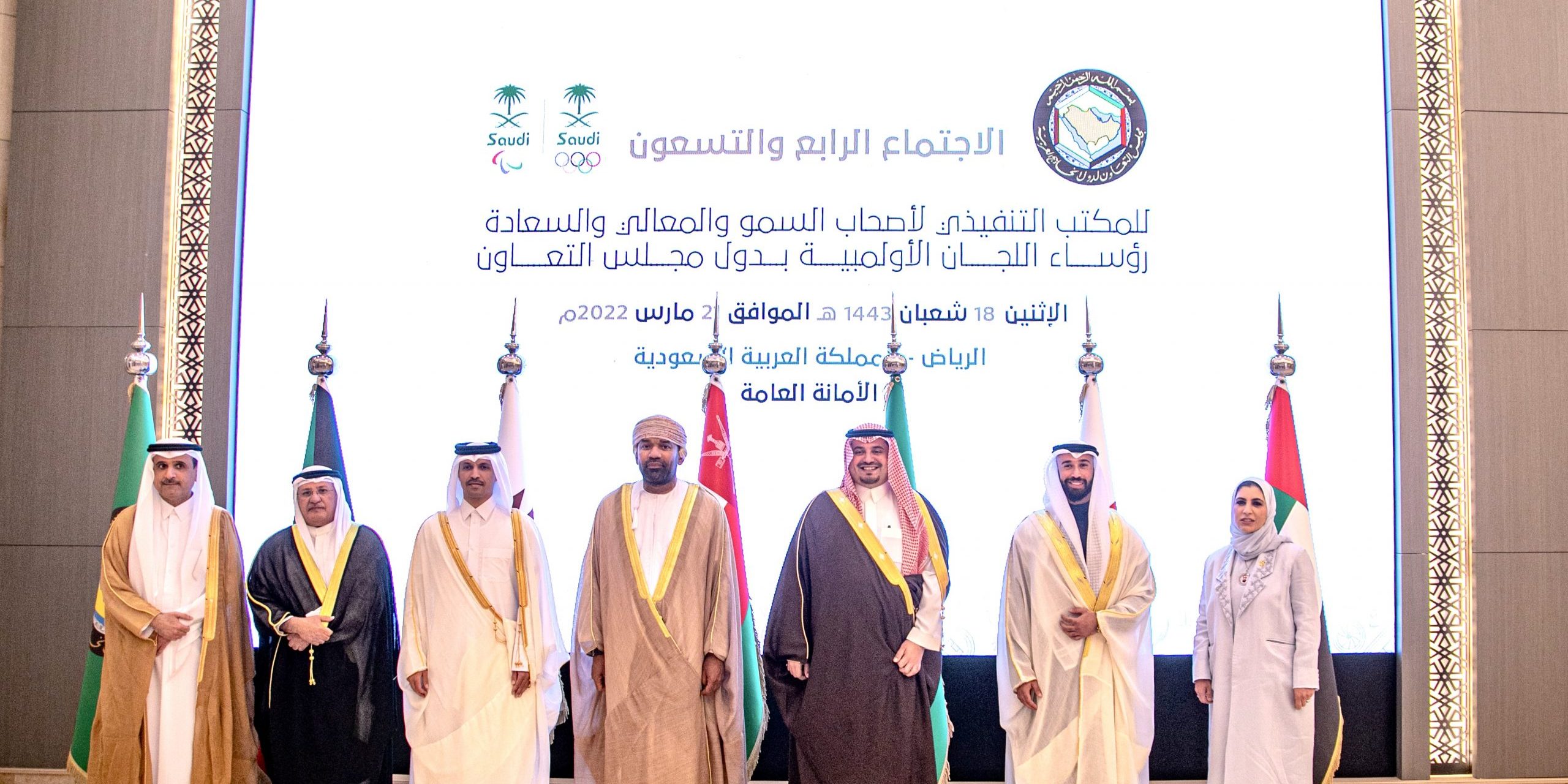 During the meeting, the topic of GCC games tournaments to be organized during the coming period was discussed, represented by the 3rd GCC games that will be hosted by Kuwait next May, GCC games for youth and juniors, GCC beach games, and the gymnastics and martial arts tournament. The attendees approved the establishment of GCC Games for youth and juniors in the United Arab Emirates in 2023, and the venues for the rest of the courses will be determined at the end of this year.

The attendees were briefed on the previous proposal regarding the dissolution of the organizing committees and the formation of four advisory committees for the organizing and following-up of joint sports work, which are directly linked to the Executive Office and undertake the organization of sports courses in GCC, represented by the Sports Committee, the Women’s Sports Committee, the Athletes Committee, the Paralympic Committee. The members of the office also reviewed a number of proposals and topics submitted by GCC NOCs. The most important of which is the approval of amending the name of the Youth and Junior Committee of the Athletes Committee, canceling the Coordination and Following-up Committee, and approving the proposed tasks of the advisory committees. GCC NOCs were also assigned to nominate their representatives to the advisory committees, provided that the candidate should have experience and competence in any of the fields of these committees.