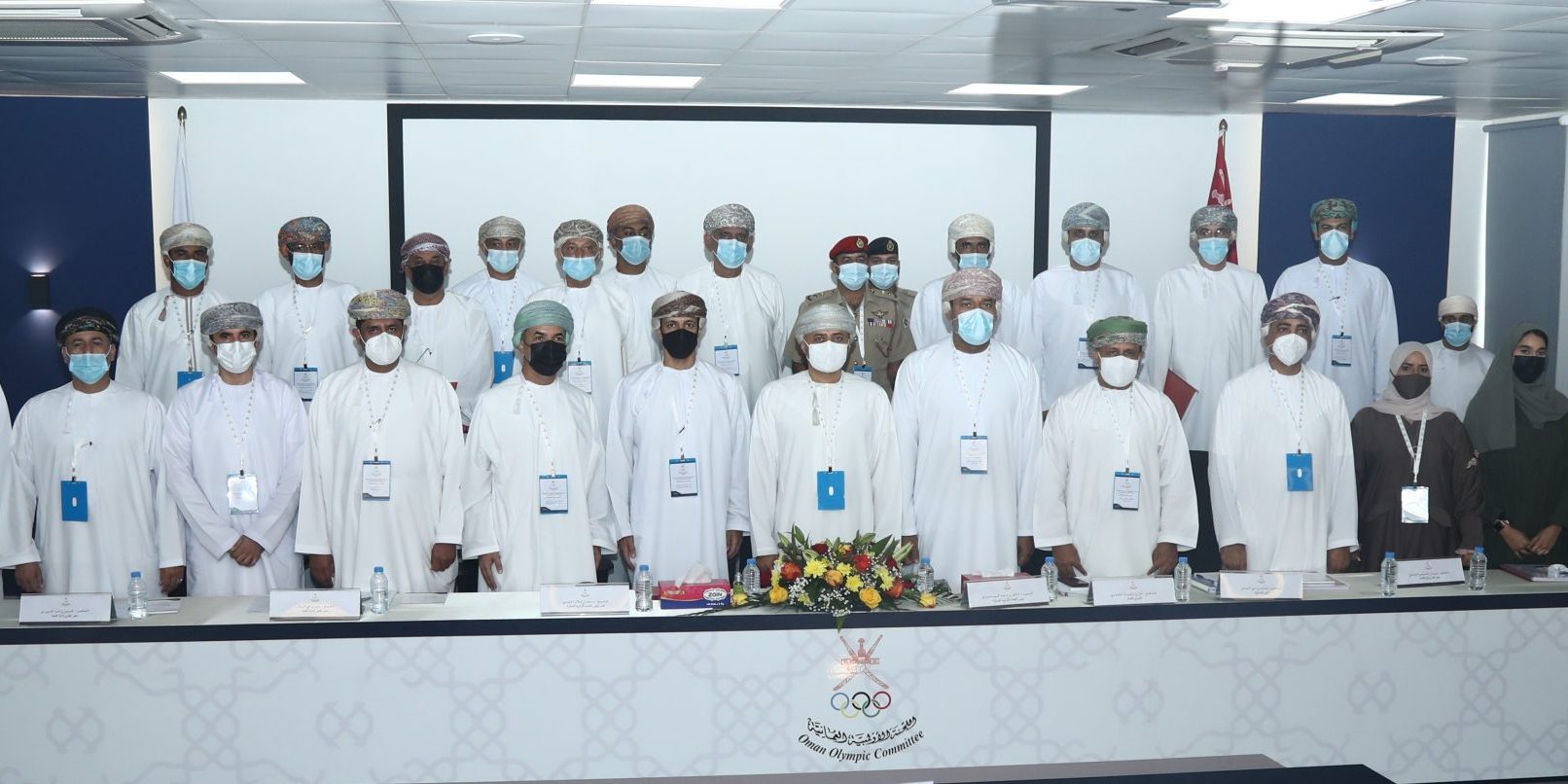 after the approval of all members.

During the meeting, the minutes of the previous meeting of the General Assembly, which was held on April 18, 2019, were approved, and the annual report on administration and the activities of OOC for 2019 was reviewed, the project of various activities for the current year of OOC  and the sub-committees and the agenda and programs of Oman Olympic Academy.

The final account for the fiscal year ending 2019 was reviewed, the auditor’s report and the financial statements that were approved by the members of the General Assembly, and the approval of the postponement of the elections for OOC Board of Directors to be held after the 2021 Tokyo Olympic Games.

During the meeting, OOC Chairman, Sayyid Khalid bin Hamad Al Busaidi called on the members of the General Assembly to prepare a draft to be submitted to the Ministry of Culture, Sports and Youth for approval aimed at promoting sport in the Sultanate by planning for Olympic participations and developing a new sports strategy to be formulated in line with the requirements of the next phase with reconsidering of the statutes and regulations of OOC and Sports Federations to serve the good of all sports.

At the end of the meeting, the attendees raised their highest expressions of gratitude to His Majesty Sultan Haitham bin Tariq, for the continuous support of the sports system and the Ministry of Culture, Sports and Youth under the leadership of His Highness, Sayyid Thi Yazan bin Haitham Al Said for the permanent cooperation with OOC and Sports Federations.

The meeting was chaired by Sayyid Khalid bin Hamad Al Busaidi, OOC Chairman, in the presence of all members.