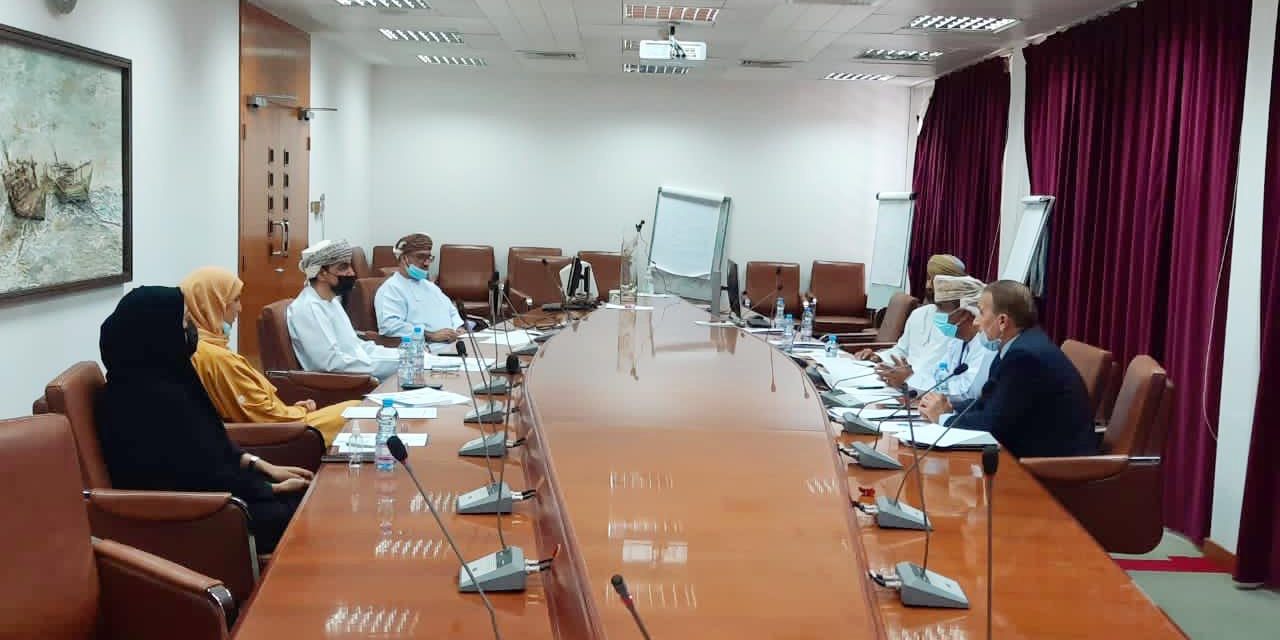 The joint team work between Sultan Qaboos University, represented by the Human Research Center and Oman Olympic Committee (OOC) represented by Oman Olympic Academy, held the first meeting for this year on November 4 as part of work implementation programs to strengthen local and regional partnerships, where a detailed explanation of the academy’s vision, goals and operational plan for the coming period was presented .

The meeting also discussed aspects of cooperation in many points, the most important of which is cooperation in terms of providing academic expertise to implement various courses, making use of the public university library for the Olympic Academy sessions, making use of the programs offered to both parties and sending their candidates according to the facilities specified by the cooperation program, as well as making use of the halls, venues, training and equipment to hold some courses. In addition to work on implementing a project to prepare Olympic education trainers, and cooperate with the College of Education and the Sports Federation, and work on preparing a file for the approved certification program project according to the priorities and needs of sports institutions, as well as working on the preparation of important topics for scientific research in the sports field.

This agreement came with the desire of the university and the committee to establish a joint cooperation relationship between them and exchange experiences and services in academic and research fields based on the principle of participation to serve the objectives of the two sides, as the agreement allows the exchange of academic experiences in the field of research, studies and training in the field of various sports sciences management. As well as the participation in conducting studies and joint research and academic projects, and the organization of specialized technical training courses. It was agreed to activate this agreement through the formation of a joint team between the two sides, as the first meeting of the joint team aimed to set implementation mechanisms and how to implement the terms of the agreement. The most important of which is the mechanism for Oman Olympic Committee to make use of the resources available in the Sultan Qaboos University Library, and to discuss opportunities for offering sports programs in association with Sultan Qaboos University, and the training of national staff.

The partnership between Sultan Qaboos University and Oman Olympic Academy is one of the important steps in implementing a number of academic programs, courses and training workshops to qualify the national cadre, in addition to refining workers in the sports sectors to improve their specializations.