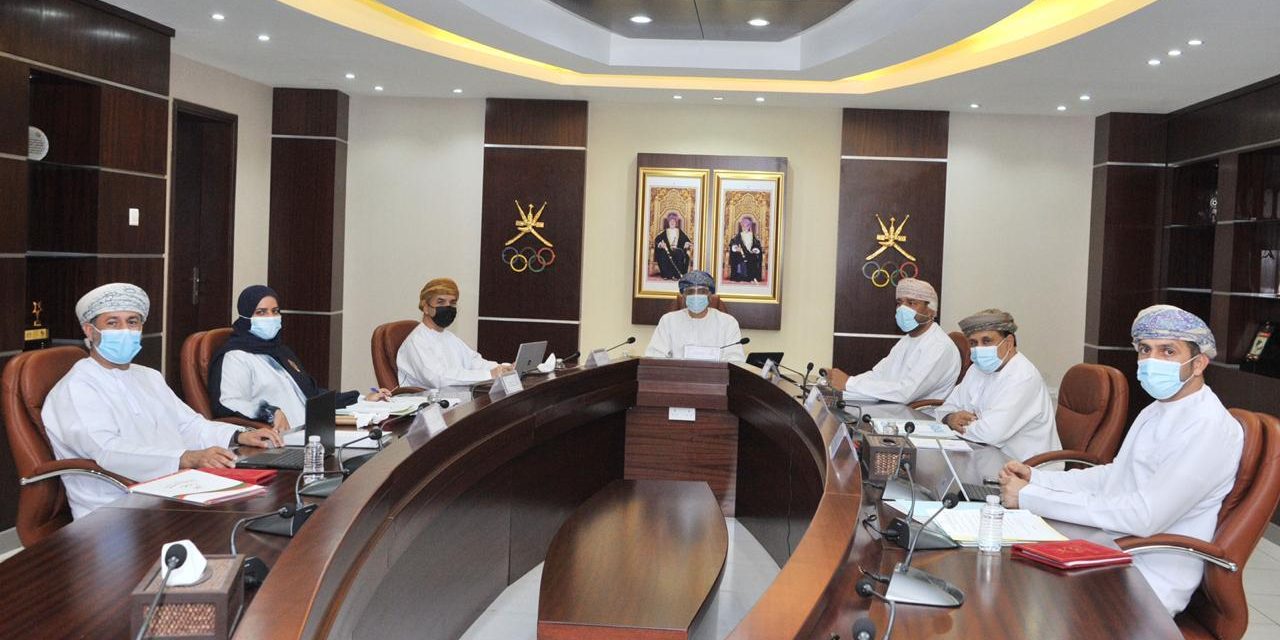 OOC Board of Directors holds the sixth meeting this year

Oman Olympic Committee (OOC) Board of Directors held the sixth meeting this year under the chairmanship of Sayyid Khalid bin Hamed Al Busaidi, OOC Chairman, where many important issues were discussed, including the approval of holding the Ordinary General Assembly for this year next December.

The Board discussed the ongoing preparations for holding a meeting of the Olympic Council of Asia in Muscat next December. The committee will be represented in the meeting by Sayyid Khalid bin Hamed Al Busaidi, and Sheikh Badr bin Ali Al Rawas, Board member.

As for foreign participation, the council has assigned the work team formed by the Planning and Following-up Committee to follow up on the sports federations and committees that have expressed their desire to participate in the regional, continental and international competitions for the next year, and to contribute to preparing the teams by developing plans and programs for each federation and committee and standing on their preparations and the extent of their readiness. That is based on the desire to participate, collect data, information, plans and training programs, determine the games and athletes who are qualified to participate in these courses and submit them to the Board to take the necessary decisions. Since it is a busy program of various regional and international courses, it requires the committee to prepare for them in coordination with the federations. According to the priority and schedule presented, it includes the 32nd Olympic Games (Tokyo 2021), the Asian Beach Games (Sanya – China), the 3rd GCC sports games (Kuwait), in addition to the fifth Islamic Solidarity Games (Turkey), the indoor Asian Games (Thailand), and the Asian Youth Games (China).

The sixth meeting concluded with a discussion of many other topics included in the new framework.