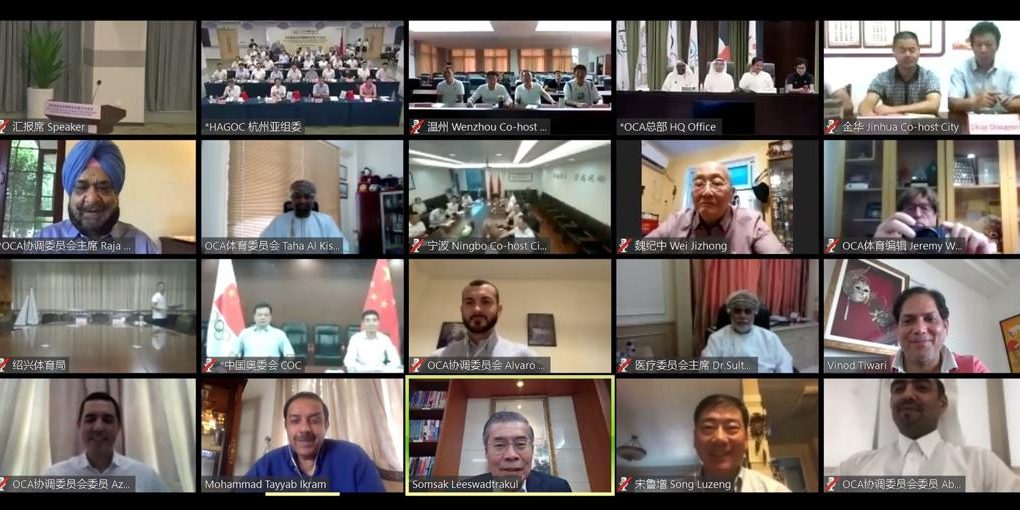 Taha bin Sulaiman Al-Kishry, OOC Secretary General, participated in the third meeting of the Coordination Committee formed by the Olympic Council of Asia to follow up the work of the Organizing Committee of 19th Asian Games (Hangu – China), which was held in September 8, 2020 online. During the meeting, the sports program of the games with the dates of the competitions, the committee’s findings regarding the promotional campaign and marketing, and a documentary film about the Asian Games were reviewed. The latest updates were presented regarding the stadiums and the athletes’ village, media, medicine and anti-doping, plans and programs prepared for the torch as well as the festival and the exhibition accompanying the games.