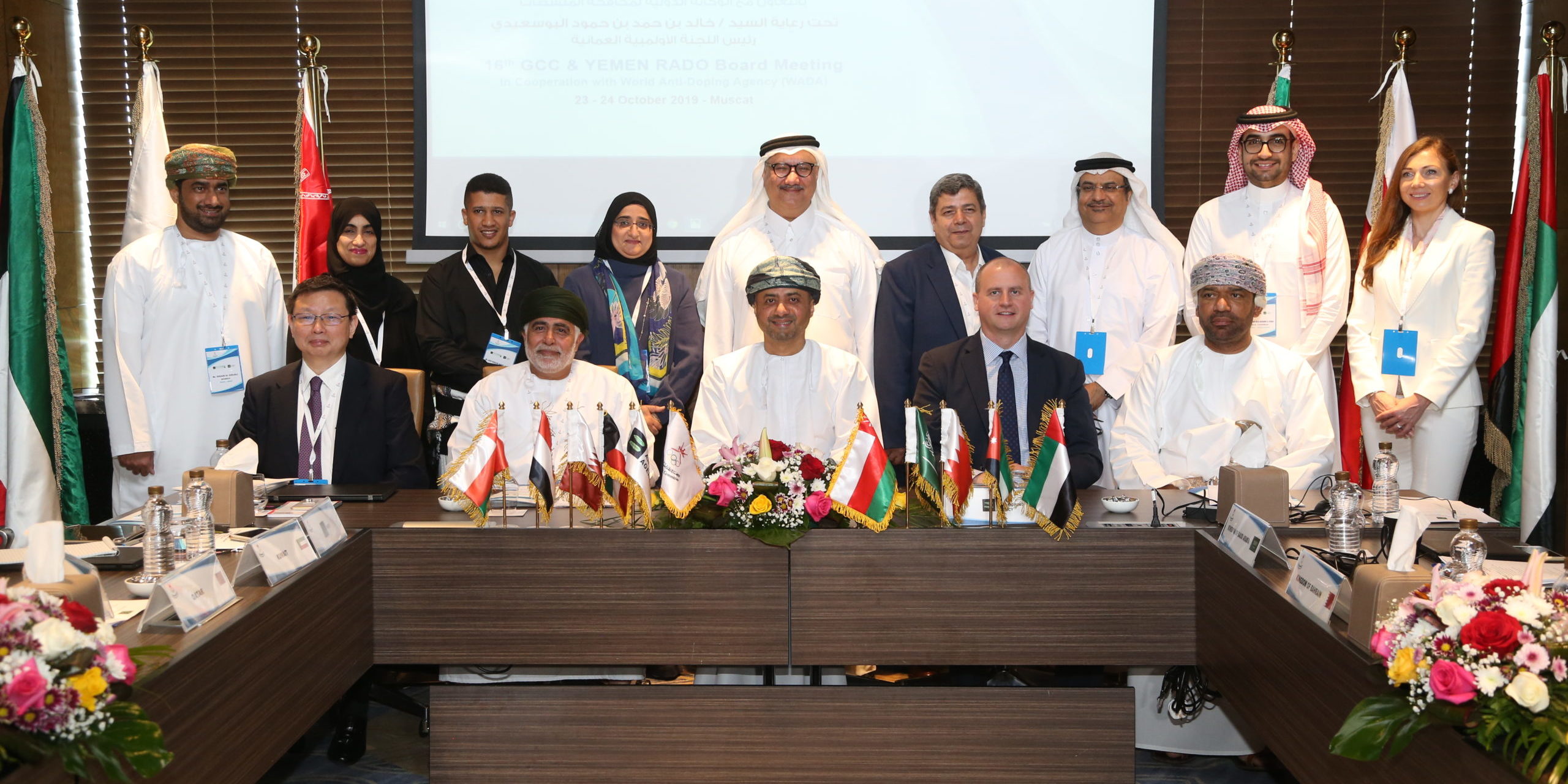 The 16th meeting of the Board of Directors of Gulf States & Yemen Regional Anti-Doping Organization, hosted by the Oman Olympic Committee represented by Oman Anti-Doping Committee in cooperation with International Anti-Doping Agency, will kick off this morning and continue to two days. The opening ceremony will be patronize by Sayyid Khalid bin Hamad Al Busaidi, OOC Chairman.

There will also be open discussion sessions between WADA and representatives of NADOs in the Gulf and Yemen, in order to know the current status of these committees and their plans for development, as stated in the questionnaire approved by the Agency according to which all anti-doping committees are required worldwide to continuously follow up its programs and learn about its shortcomings and suggest the most appropriate solutions.

The participants will meet with HE Sheikh Saad bin Mohammed Al Mardhouf Al Saadi, Minister of Sports Affairs, to discuss further cooperation with the Sultanate.