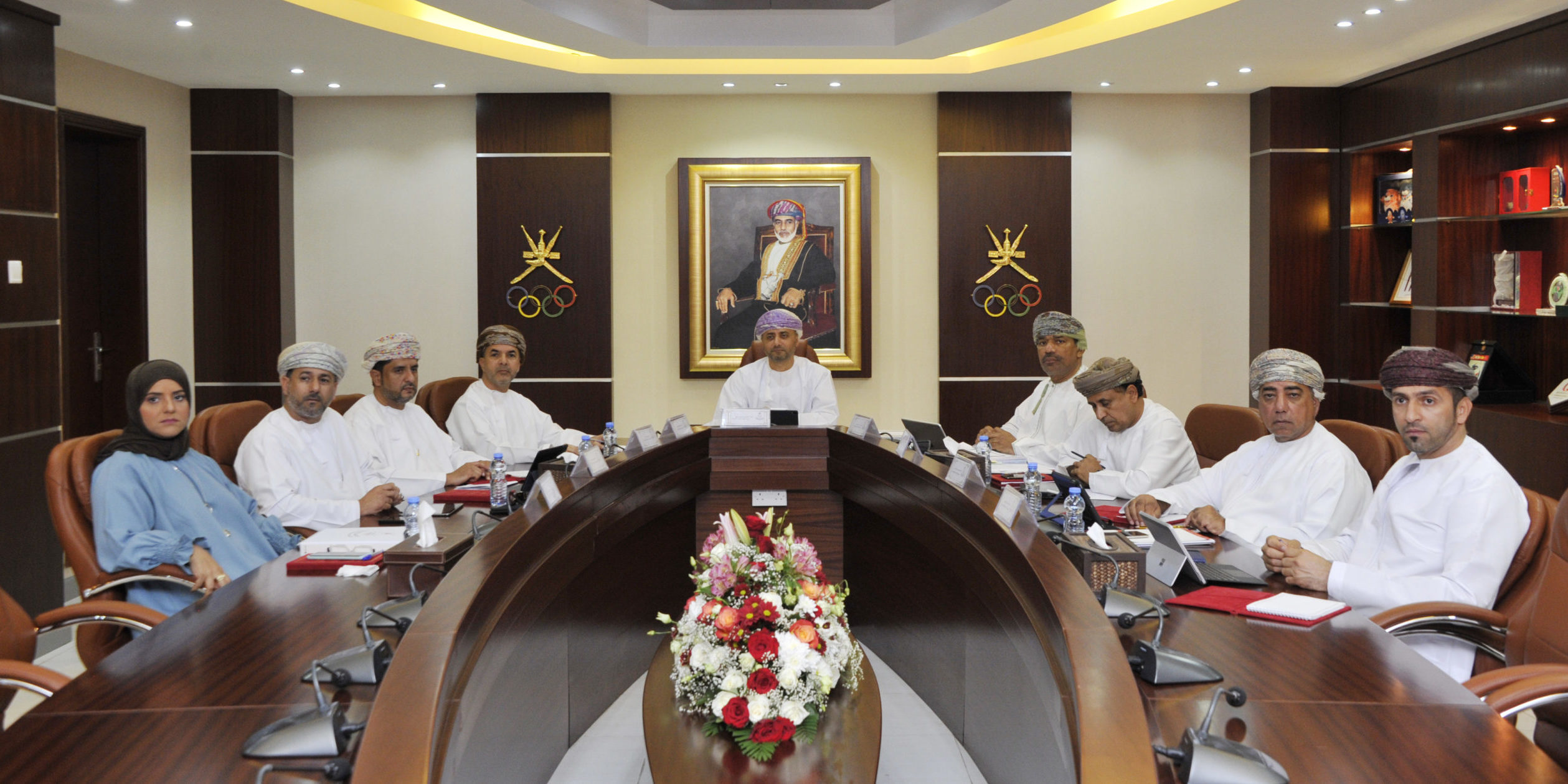 OOC Board of Directors held its fourth and final meeting for 2019 yesterday noon (Tuesday). The meeting was chaired by Sayyid Khalid bin Hamad Al Busaidi, OOC Chairman and in the presence of all members, where a set of important priority issues were addressed for the next phase.

Sayyid Khalid kicked off the meeting by welcoming the members and appreciating the efforts made by all during 2019 to develop Olympic Sports System and activating OOC programs and the Help Committees.

The Board reviewed the minutes of the recent meetings and discussed some comments received from some members and approved them. As well as the minutes of the meetings of the Help Committees represented by Oman Women’s Sports Committee, Oman Athletes Committee, Oman Olympic Solidarity, and Oman Sports and Active Society Committee. The attendees praised the efforts made by the committees successfully, looking forward to do more efforts and provide better programs in 2020.

The meeting also discussed the reports submitted by the Committee’s General Secretariat represented in the minutes of the Executive Board meeting No.(89) for GCC Presidents, which was held in Saudi Arabia on November 25, and the reports of a number of Help Committees with what was implemented in 2019 and plan for 2020, as well as the report of the forum and meeting of Chef de Mission for Tokyo 2020.

The Board approved the draft of Oman Olympic Academy Agenda for 2020, which includes many courses and various programs in Olympic education, sports media, sports management programs, women’s sports, sports marketing, and other courses.

The Board approved the initial participation in the third GCC Sports Games to be held in Kuwait next April in athletics, swimming, football, basketball, volleyball, handball, shooting, karate, judo, tennis, bicycles, and swimming in open water, sailing, and beach football, and beach handball, beach volleyball.

The attendees also approved the administrative and technical drafts raised by Olympic Solidarity for selecting candidates for internal and external courses and programs.

The fourth meeting of OOC Board of Directors concluded with a review of a number of reports submitted by the General Secretariat and discussion of other topics that have been included in the item of new work.